Which Bay Area Home Remodeling Projects Will Turn the Biggest Profits in 2018? 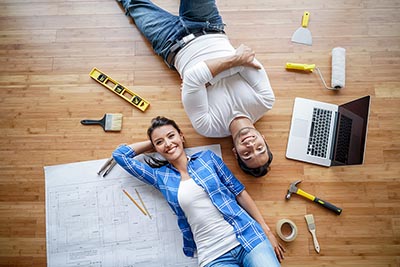 Good news for Bay Area homeowners whose list of 2018 new year’s resolutions includes a renovation project: Most improvements are expected to turn a profit at the time of sale.

That’s according to Remodeling’s 2018 Cost vs. Value Report, which estimates the cost and return on investment for common renovation projects in 149 U.S. metro areas if a home is sold within a year of the work. Nationwide, all 20 remodeling jobs included in the report offered an average return on investment of 56.8 percent in 2017, down slightly from the previous year.

No U.S. home renovation job is expected to recoup 100 percent of its costs in the coming year. The closest is an upscale garage-door replacement, which costs an average of $3,470 and should repay $3,411, for a 98.3 percent return on investment.

In the Pacific region, which includes California, all home improvement projects are expected to recoup 63.9 percent of their costs in 2018. Sixty-two U.S. cities have at least one job with a 100 percent or greater return on investment, and most of them are on the West Coast. Two projects in the Pacific region are forecast to turn a profit this year: Midrange manufactured stone veneer is expected to recoup 125.5 percent of its cost, while a high-end garage door pays back 120.8 percent.

Remodeling notes that when it comes to home renovations, high-tech job centers offer the most bang for the buck. That’s certainly true here in the Bay Area, with a whopping 18 of the 21 tracked projects in the San Jose metro area expected to return more than 100 percent of their costs. In San Francisco and Santa Rosa, a respective 13 and 12 jobs are projected to turn a profit in 2018.

In San Jose, the home improvement project that offers the best payback is manufactured stone veneer, which recoups 233 percent of its $8,995 cost. That’s also the case in Santa Rosa, where a $8,954 stone-veneer job results in a 264.3 percent return on investment. In San Francisco, homeowners seeking the best renovation profits should install a new upscale garage door, which costs an average of $3,907 and pays back 179.5 percent of its cost.

The report underscores the fact that more expensive home renovations don’t necessarily translate to larger profits. In San Jose, just one of the three projects with a six-figure price tag offers more than a 100 percent return on investment. None of the improvements that cost more than $100,000 in San Francisco and Santa Rosa are projected to be profitable.

Finally, while a remodeling kitchen can no doubt improve a homeowner’s quality of life, it’s not the best way to make a buck when the time comes to sell. In both Santa Rosa and San Francisco — the latter of which has the highest kitchen renovation costs in the country — remodeling a kitchen offers the lowest returns of any project, a respective 68.3 percent and 80.1 percent.