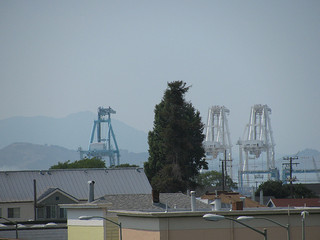 Median home prices in Pacific Union’s East Bay region have been rising steadily for the past year and are up 17 percent from July 2012. In that same time period, homes in the region have consistently sold above their original prices, sometimes by double-digit percentages.

According to a recent article in The Wall Street Journal, West Oakland is a prime example of the type of neighborhood that currently attracts investors: one located in a region with a healthy job market and high housing costs. But unlike in the past, when investors aimed to quickly flip homes for a profit, they are now focusing on renovating properties, with the ultimate goal of boosting values.

One of Pacific Union’s top real estate professionals in the region has experienced the neighborhood’s transformation firsthand.

“You can see the change all over the place as you drive around showing properties,” he said. “There are many long-ignored homes and income properties being sold and improved, often preserving their original character by the new optimistic owners and savvy investors; sometimes it looks like large segments of blocks have changed.”

West Oakland homes are also selling at a quick pace, lasting an average of just 16 days on the market in July. In that same month, homes in our East Bay region overall sold in an average of 23 days.

“The pace of sales is extraordinary, with homes selling in 30 percent less time this year versus 2011,” said our real estate professional. In 2011, homes in West Oakland sat on the market for an average of 36 days. Thus far in 2013, homes sell in an average of 26 days.

The story is almost identical in West Oakland, where buyers paid an average of 8 percent more than original prices in July. Home sales prices in the neighborhood have been above 100 percent of list prices since June 2012 and hit their largest sales-to-original-price ratio in two years in February, when buyers shelled out almost 16 percent above asking prices.