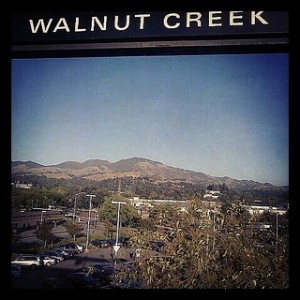 Like many other cities in Contra Costa County, Walnut Creek has long been a magnet for families. Residents enjoy not only easy access to public transportation and major highways, but also the chance to send their children to some of the Bay Area’s top-rated schools.

The city of 65,000 sits at the junction of Interstate 680 and state Route 24, making for fairly straightforward drives to either San Francisco or San Jose. Even better news for commuters is Walnut Creek’s dedicated BART station, which whisks workers into downtown San Francisco in about half an hour.

Similar to the neighboring city of Danville, Walnut Creek benefits from pleasant year-round weather, with daytime highs that average 73 degrees. The temperate climate means that residents can frequently take advantage of the area’s outdoor attractions, including nearby Mount Diablo State Park and Briones Regional Park. Walnut Creek is also home to more than a dozen city and neighborhood parks, which offer amenities such as sports fields, playgrounds, and dog off-leash areas.

In terms of shopping and dining options, Walnut Creek strikes a balance between a small town and a large city. North Main Street, downtown’s primary thoroughfare, is where residents will find a variety of locally owned businesses and restaurants. On the other hand, those who need access to department stores won’t need to travel to San Francisco, as Walnut Creek’s outdoor Broadway Plaza mall has chains such as Macy’s, Neiman Marcus, and Nordstrom.

“Walnut Creek has always been the financial hub of Contra Costa County,” said one of Pacific Union’s top real estate professionals in the region. “It has the best and largest downtown area for shopping and restaurants.”

At the end of June, the median sales price for single-family homes in Walnut Creek was $805,000, according to MLS data. That figure represents a 14 percent increase from a year ago and only the second time in two years that prices have cracked the $800,000 mark. However, homes in Walnut Creek are still slightly more affordable than those in Contra Costa County overall, where the median sales price was $834,000 in June.

In terms of inventory, Walnut Creek is an exceptionally tight market. June’s months’ supply of inventory was just 1.1 – 15 percent lower than the current Contra Costa average.