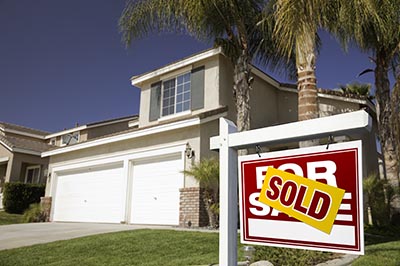 The national homeownership rate improved slightly in the third quarter, but remains below its long-term average due to inventory shortages.

A U.S. Census Bureau report puts the homeownership rate at 63.9 percent in the third quarter, up from 63.7 percent in the second quarter and 63.5 percent year over year. Homeownership is now at its highest level since the fourth quarter of 2014 but still below the 65 percent historic norm reported by The Wall Street Journal.

Although the U.S. homeownership rate has been slowly increasing since falling to a 50-year low of 62.9 percent in the second quarter of 2016, a lack of homes for sale is preventing activity from improving further.

“The American dream of homeownership remains elusive, as the third-quarter figure shows little change in the overall rate,” National Association of Realtors Chief Economist Lawrence Yun said. “The reason is simple. There is just not enough supply of homes to fully satisfy the desire to own. The lack of inventory has pushed up home prices by 48 percent from the low point in 2011, while wage growth over the same period has been only 15 percent.”

The Census Bureau’s report again highlights the challenges that millennial homeowners face. Households under the age of 35 have the lowest homeownership rate of all generations — 35.6 percent. Homeownership levels gradually increase with age, reaching 78.9 percent for Americans age 65 and older.

As NAR reported in its recent 2017 Profile of Home Buyers and Sellers, first-time buyer activity has declined to 34 percent this year, also the by-product of limited inventory conditions and worsening affordability. Millennials and other first-time homebuyers are also burdened with student loans that average $29,000, which NAR estimates will delay homeownership by seven years.