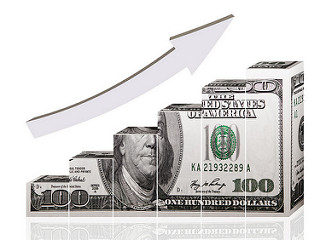 Homeowners who sold their properties in March realized the largest gains since before the Great Recession, with Bay Area sellers netting three to four times the national average.

According to RealtyTrac’s March and Q1 2016 U.S. Home Sales report, homes sold for an average of $30,500 more than their purchase price last month, a 17 percent profit and the highest since December 2007. In a statement accompanying the report, company Vice President Daren Blomquist said that the healthy price gains would hopefully motivate more sellers to list their homes this spring and alleviate inventory shortages that have plagued much of the country and especially the Bay Area.

A shortage of homes for sale has helped propel Bay Area price appreciation since the housing recovery took hold. In fact, home sellers in the San Francisco metro area pulled down the highest price increases in the country — 72 percent since purchasing their properties 10 years ago for an average gain of $282,000. San Jose ranked No. 2 in the country for price gains at 60 percent, for an average profit of $312,500.

Home sellers in other parts of the Bay Area also enjoyed price gains that were larger than the national average. In the Santa Rosa metro area, March sellers made an average of $145,500, a 40.5 percent gain. Home sellers in the Vallejo-Fairfield region profited by $107,250 since buying their properties nine years ago, an increase of 47 percent.

However, affordability constraints could mean that home prices in some parts of the Bay Area may have topped out. RealtyTrac says that San Francisco was among the 17 percent of U.S. markets where the median sales price dropped on an annual basis in March. After almost four solid years of monthly gains, San Francisco prices dipped by 2 percent year over year. Nationwide, the median home price continues to climb and was up 11 percent from March 2015.

Rising prices are perhaps deterring some all-cash buyers, the number of which dropped for the 12th consecutive quarter. All-cash sales accounted for 31.8 percent of U.S. single-family home and condominium sales in the first quarter and 21.4 percent of California transactions.

Additional data from RealtyTrac shows that all-cash-buyer activity was also down on both a quarterly and annual basis throughout much of the Bay Area. All-cash buyers accounted for 22.7 percent of transactions in the San Francisco metro area, 21.9 percent in Santa Rosa, and 19.2 percent in Vallejo. Locally, San Jose was the exception, with all-cash buyer activity up slightly both quarterly and yearly to account for 23.8 percent of home sales.