U.S. Home Prices Up, Sales Down in August 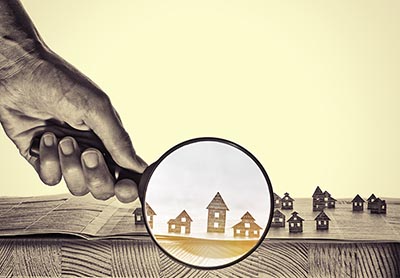 That’s according to the latest existing-home sales report from the National Association of Realtors, which puts the U.S. median home price at $253,500 in August, up 5.6 percent year over year for the 66th consecutive month of annual gains. Prices in Western states outpaced the national appreciation rate, rising 7.7 percent from last August to $374,700.

“Market conditions continue to be stressful and challenging for both prospective first-time buyers and homeowners looking to trade up,” NAR Chief Economist Lawrence Yun said. “The ongoing rise in home prices is straining the budgets of some of these would-be buyers, and what is available for sale is moving off the market quickly because supply remains minimal in the lower- and mid-price ranges.”

There were 1.88 million homes on the market at the end of August, down 6.5 percent year over year, marking the 27th straight month of annual declines. Inventory constraints translated to fewer sales, which dropped by 1.7 percent from July to 5.35 million on a seasonally adjusted annual rate. Yun added that Hurricane Harvey’s effect on the Houston metropolitan area also factored into the decrease in activity.

Buyer demand remains strong, as is evidenced by the brisk nationwide pace of sales, with properties changing hands in an average of 30 days in August. Three Bay Area markets were among the nation’s five fastest-moving in August: The San Jose (29 days), Vallejo (31 days), and San Francisco (32 days) metropolitan areas.

When examined at the county level, homes are selling even quicker than that, according to the latest numbers from the California Association of Realtors. CAR’s August home sales and price report says that homes sold in an average of 9.5 days in Santa Clara County and 15 days in San Francisco County. That report also showed that two other Bay Area housing market trends mirrored national patterns in August, with the median price in the nine-county region rising to $856,200, up 10.7 percent year over year, and the monthly supply of inventory dipping to 1.9.