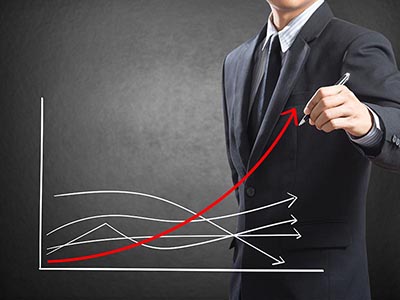 Even with the rapid appreciation seen across the country over the past few years, home prices are still quite a bit lower than levels recorded a decade ago. And despite mortgage rates that are already rising, affordability is improving nationwide and here in the Bay Area.

First American’s latest Real Housing Price Index (RHPI) says that as of September, U.S. single-family home prices were 40.4 percent lower than during the height of the last real estate boom in 2006 and 19.9 percent lower than during the dot-com era. The index measures home price changes over time using home prices adjusted for income and interest-rate fluctuations to determine homebuying power and affordability.

Although interest rates ticked above 4 percent for the first time in 2016 last week, nationwide affordability is at its highest level in 25 years.

“Even with the recent uptick in mortgage rates, mortgage rates remain at historically low levels,” First American Chief Economist Mark Fleming said in a statement. “Even as interest rates increase above 4 percent post-election, housing, on a purchasing-power adjusted basis, will continue to be more affordable than it was in the early 1990s.”

Income growth is offsetting both interest-rate increases and home price appreciation to improve affordability conditions, even in the nation’s most expensive real estate markets. Declining year-over-year home prices in more than half of the 43 metro areas analyzed by First American are also playing a role.

“Affordability continues to increase in more markets than it is decreasing, including markets considered by many to be over-valued, like San Francisco, San Jose, New York, Washington and Boston,” Fleming said. “Conventional wisdom overlooks the impact that rising incomes can have on consumer house-buying power in a low-rate environment.”

The San Francisco metro area in fact experienced the biggest annual affordability improvement in the U.S in September, as the RHPI dipped by 6.3 percent year over year. San Jose ranked No. 4 for affordability gains, with the index falling by 3.1 percent. Home prices were also down in both metro areas on a quarterly basis. That said, both San Jose and San Francisco rank among the nation’s 10 least affordable housing markets, along with seven other California cities.

Prospective homebuyers across the U.S. and in the Bay Area should keep close tabs on interest rates in the coming month, as even a 1 percent increase can negatively affect affordability. At Pacific Union’s recent Real Estate and Economic Forecast to 2019, company CEO Mark A. McLaughlin demonstrated how affordability in the Bay Area further deteriorates if interest rates rise to 5 percent or 6 percent.