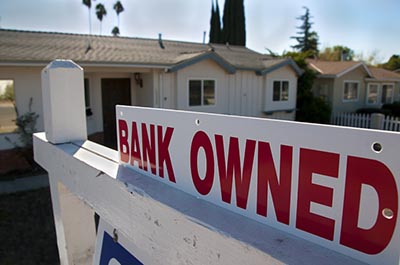 Home price appreciation and a thriving job market have pushed down foreclosures and mortgage delinquencies across the country, with California and the Bay Area posting lower numbers than the national average.

CoreLogic’s most recent Loan Performance Insight Report, which tracks the health of the mortgage market through June of this year, puts the U.S. foreclosure rate at 0.7 percent, the lowest in a decade. The number of borrowers who were more than 30 days delinquent on their mortgage payments also dropped from one year earlier, to 4.5 percent. CoreLogic Chief Economist Frank Nothaft attributed the declines to home price growth, up 6 percent since June 2016, and an economy that added 2.2 million jobs over the past year.

California’s foreclosure rate was 0.3 percent as of June, down from 0.4 percent one year ago. The 30-plus-day delinquency rate also declined on an annual basis to 2.8 percent of properties with a mortgage.

The amount of borrowers more than a month delinquent on mortgage payments ranged from 1.7 percent in Santa Rosa to 4.9 percent in San Jose. Both 30- and 90-day delinquency rates dropped from June 2016 in all Bay Area regions for which CoreLogic tracks data.

Nothaft said that he expects mortgage-delinquency rates to further decrease over the next year, driven by continued job growth and projected home price appreciation of 5 percent.