Sizing Up the Competition: How Many Offers Are You Betting Against?

Pacific Union’s recent second-quarter real estate reports showed that Bay Area housing markets are sizzling again, and buyers are facing tough competition. Overall in the Bay Area, 6 in 10 homes sold over the asking price in the second quarter, while in Alameda and San Mateo counties, almost 8 in 10 homes sold over the asking price. Naturally, some price ranges were in greater demand than others. For example, in the East Bay, competition increased for homes priced up to $2 million but cooled off for higher-priced homes.

Figure 1 illustrates the share of homes that sold over the asking price in the East Bay in June and the average premium obtained. Click here to see how bidding wars played out in other Bay Area regions. 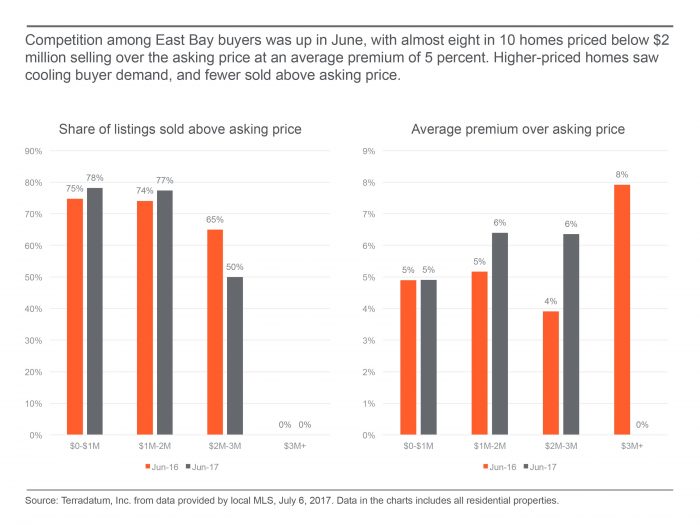 Knowing that Bay Area housing markets are competitive and that many buyers are making offers on a limited inventory of homes, we wondered how many offers are generally made on a home. To better understand market conditions, Pacific Union collects compelling transactional data. According to nearly 3,800 transactions in which Pacific Union professionals participated, Alameda and Santa Clara counties saw the highest average number of offers per listing in the first five months of 2017 — four. Figure 2 summarizes the average number of offers in each county and by price range. San Francisco and Contra Costa counties averaged three offers per listing. When looking at price ranges, lower price ranges remain in the most demand and generally received three offers, while listings priced above $2 million averaged two offers.

Another highly competitive market segment are homes priced between $1 million and $2 million in Alameda County, where there were five offers on average per listing. Twenty-three percent of homes in Alameda County sold in that price range this year, which is an increase from 18 percent seen during the same period last year. Rapid price appreciation in some popular Alameda communities, along with continually declining inventory of lower-priced homes, is driving this increased demand. 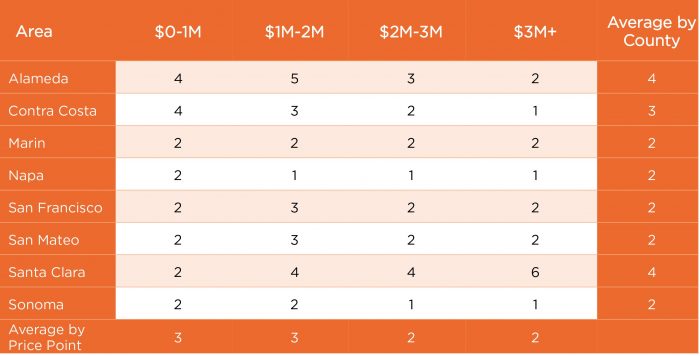 Figure 3: Average number of offers on staged and nonstaged properties 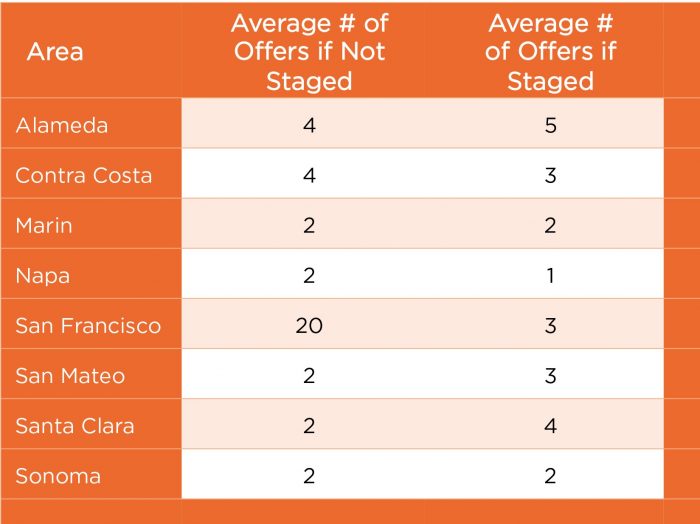