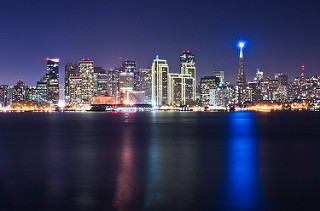 The Bay Area may be in the midst of a cold-weather snap, but our local housing markets are still among the hottest in the country, with the San Francisco metro area back on top.

Each month, Realtor.com ranks the country’s 300 largest real estate markets to find the 20 hottest, based on the fewest days it takes to sell a home and the most listing views on its website. In November, 12 of those sizzling markets were located in the Golden State, even as activity across the rest of the country begins to cool with the coming of the holiday season.

“We are starting to see more movement (in the ranking) in the hottest markets as the season brings material declines in demand in many markets,” Realtor.com Chief Economist Jonathan Smoke said. “However, California remains hot as pent-up demand continues to drive activity in very supply-constrained markets.”

After losing the No. 1 spot to Denver in October, the San Francisco-Oakland-Hayward metro area was back on top in November, just as it was throughout the summer and early fall. Vallejo-Fairfield ranked as the country’s second-hottest housing market, a gain of three spots from the previous month.

Nationwide, homes sold in an average of 84 days in November, a bit slower than in the previous month. Prices also cooled slightly, with the median list price inching down to $230,000.

Homes in certain Bay Area pockets are selling more than twice as fast as the national average: 38 days in San Francisco and 39 days in San Jose. The country’s fastest moving markets are actually located in California’s Central Valley: Modesto (36 days) and Stockton (37 days). The rapid pace of sales in those two markets is perhaps a reflection of increasing buyer urgency, as those priced out of the Bay Area look to the Central Valley for more affordable housing.