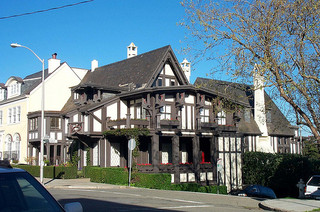 After astounding growth in 2013, luxury property sales returned to more normal levels in San Francisco last year, although the region still ranks as one of the top-performing high-end real estate markets in the world.

In its 2015 Luxury Defined report, Christie’s International Real Estate gave San Francisco the second-highest score – 54 of a possible 100 – on its Luxury Thermometer metric, which tracks growth and demand at the top end of the global market. CIRE uses four factors to gauge a region’s luxury temperature, including annual sales growth and fewest average days on market.

In 2014, sales of $1 million homes in San Francsico grew by 19 percent on an annual basis, down from a whopping 62 percent in 2013. Pacific Union CEO Mark A. McLaughlin told CIRE that the slowdown was predictable and that the region’s high-performance economy will continue to drive growth in luxury home sales.

Because housing inventory in the Bay Area remains constrained, high-end homes in San Francisco leave the market quickly. According to the report, luxury homes in our region sold in an average of 71 days as of December 2014, eight days faster than a year ago and second only to Toronto.

And though San Francisco remains a pricey place to purchase a luxury property, it is still relatively affordable by global – and even national – standards. CIRE says the entry point for a luxury home in San Francisco is $3 million, compared with $5 million in New York, $6 million in London, and $8 million in Los Angeles.

Luxury buyers can also get more home for their money in the Bay Area than they can in other top international destinations, says the report, which compares listings from around the globe. For $5 million, a homebuyer in San Francisco could purchase a four-bedroom, 4,800-square-foot, single-family home with Golden Gate Bridge views. In London, $5 million buys a two-bedroom, 1,300-square-foot flat, while in New York, that money fetches a three-bedroom, 1,865-square-foot condominium on Manhattan’s Upper East Side.

Last year saw an uptick of so-called “trophy home” transactions, CIRE says, with global sales of $100-million-plus homes reaching an all-time high. According to the report, five such homes around the world sold in 2014, and there have been 13 $100-million-plus sales since 2010.

Perhaps unsurprisingly, two of those 13 trophy sales happened in Silicon Valley, where mind-bogglingly expensive real estate is almost a given. In 2011, a single-family home in Los Altos Hills found a buyer for $100 million, while a home in Woodside sold for $117.5 million the following year.