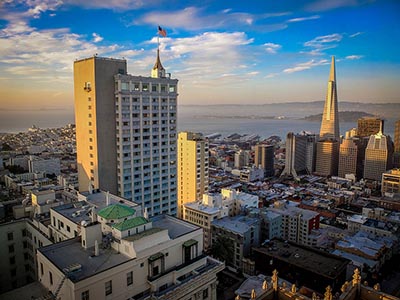 Although California price appreciation slowed in 2016, homeowners still gained about twice as many equity dollars as the national average. San Francisco remains the country’s leader in that respect, with virtually all homeowners in positive-equity territory at the end of last year.

According to CoreLogic’s latest home-equity report, price gains pushed the number of U.S. households with equity to 48 million in the fourth quarter, which represents 93.8 percent of properties with a mortgage. That’s a slight gain from the third quarter of 2016, when 93.7 percent of households — 47.9 million homeowners — had equity.

Homeowners gained a total of $783 billion in equity in 2016, up 11.7 percent from the previous year. Nationwide, individual mortgage holders earned an average of $13,700 year over year in the fourth quarter.

“The equity build-up has been supported by home-price growth and paydown of principal” CoreLogic Chief Economist Dr. Frank Nothaft said in a statement. “The CoreLogic Home Price Index for the U.S. rose 6.3 percent over the year ending December 2016. Further, about one-fourth of all outstanding mortgages have a term of 20 years or less, which amortize more quickly than 30-year loans and contribute to faster equity accumulation.”

CoreLogic says that 95.4 percent of California homeowners have equity, up from 95.2 percent in the third quarter. Statewide, 4.6 percent of mortgage holders have negative equity, compared with the national average of 6.2 percent.

Thanks to high home prices, Californians with a mortgage gained an average of $26,000 on an annual basis, the third most in the U.S. behind Washington and Oregon. Golden State home prices appreciated by 5.8 percent in 2016, compared with about 10 percent in the Pacific Northwest.

As in CoreLogic’s third-quarter 2016 home-equity report, the San Francisco-Redwood City-South San Francisco metro area again tops the U.S. for most owners with equity, at 99.4 percent. The region also had the nation’s fewest owners with negative equity — 0.6 percent — as well as its lowest loan-to-value ratio.

The Bay Area also has more equity-rich homeowners, those with more than 50 percent equity, than any other place in the country. According to ATTOM Data Solutions’ Year-End 2016 U.S. Home Equity & Underwater Report, about half of of homeowners in the San Jose and San Francisco metro areas are equity rich, roughly double the national average.