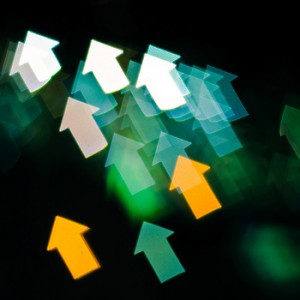 Home prices in the San Francisco metro area recently jumped month over month, according to the latest numbers from a prominent real estate index. And on an annual basis, the region saw the second-largest price gains in the country.

According to the most recent S&P Case-Shiller Home Price Indices, single-family home prices in the San Francisco metro area grew by 2.0 percent on a nonseasonally adjusted basis from January to February, the largest monthly increase of the 20 U.S. regions included in the report. Month-over-month price growth was four times higher than the index’s 20-city composite of 0.5 percent and 20 times the national average of 0.1 percent.

On an annual basis, San Francisco home prices were up by 9.8 percent in February, second only to Denver. San Francisco topped the S&P Case-Shiller index for annual home price appreciation in November and December before dropping to No. 4 in January. Across the 20-city-composte, home prices grew by 5.0 percent year over year while increasing 4.2 percent nationwide.

U.S. home prices have grown on an annual basis for 34 consecutive months, and all 20 cities have seen year-over-year gains since the end of 2012. In a statement accompanying the report, David M. Blitzer, managing director and chairman of the Index Committee at S&P Dow Jones Indices, said that home prices are outstripping both inflation and wage growth and that construction of single-family homes remains slow.

Despite the price gains, only two U.S. metro areas – Dallas and Denver – have eclipsed their housing boom price peaks as measured by the index. “If a complete recovery means new highs all around,” Blitzer said “we’re not there yet.

“A better sense of where home prices are can be seen by starting in January 2000, before the housing boom accelerated, and looking at real or inflation-adjusted numbers. Based on the S&P/Case Shiller National Home Price Index, prices rose 66.8% before adjusting for inflation from January 2000 to February 2015; adjusted for inflation, this is 27.9 percent or a 1.7 percent annual rate.”