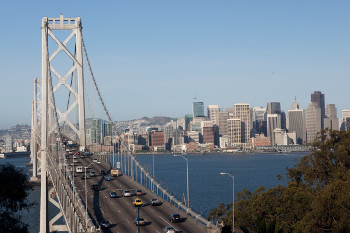 Monthly home price appreciation in the San Francisco metro area was the largest in the U.S. in March, though long-term gains appear to be moderating, according to the just-released S&P/Case-Shiller Home Price Indices.

Of the major metro regions included in Case-Shiller’s 20-city composite index, 19 showed positive price increases from February to March. Prices were up 12.4 percent across the country on an annual basis, with every market posting year-over-year increases.

Nonetheless, year-over-year price gains across the 20-city composite have slowed each month since November 2013.

San Francisco prices grew by 2.4 percent from February to March, the highest rate of monthly appreciation in the U.S. and nearly triple the national average. As has been the case for the past year, annual price gains topped 20 percent but were at their lowest levels (20.9 percent) since February 2013.

According to David M. Blitzer, chairman of the Index Committee at S&P Dow Jones Indices, annual price growth is showing signs of slowing down in some of the country’s hottest housing markets, particularly those in the western U.S.

“The year-over-year changes suggest that prices are rising more slowly,” Blitzer said in a statement. “Among those markets seeing substantial slowdowns in price gains were some of the leading boom-bust markets including Las Vegas, Los Angeles, Phoenix, San Francisco and Tampa.”

A look at March MLS data as of May 27 turns up annual single-family home price gains in all of Pacific Union’s eight regions, with seven of them posting double-digit percentage increases.

Price appreciation was most vigorous in Wine Country, with year-over-year gains of 42 percent in our Sonoma Valley region. In Napa County home prices grew by 35 percent, while they increased 21.5 percent in Sonoma County.

Silicon Valley homes continue to command the most of any of our Bay Area regions, with the median price surpassing the $2.5 million mark, 21 percent above what it was last March.