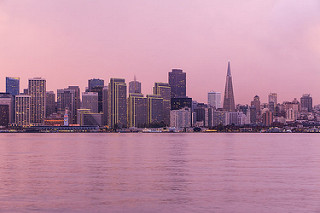 San Francisco remains the most expensive county in California in which to purchase a home, but year-over-year price growth is relaxing, as is appreciation in another major Bay Area job hub.

While prices rose throughout the Bay Area from June 2015, California’s two most expensive counties appreciated at a slower annual rate than the statewide average. Home prices ended June at $1,350,000 in San Francisco County (up 3.2 percent) and $1,306,250 in San Mateo County (up 0.5 percent). Along with Marin, Santa Clara County was the state’s only other seven-figure housing market, with the median sales price at $1,050,000.

Buyers in California’s three priciest counties pay two to three times more per square foot than the statewide average of $247. Again, San Francisco is the state’s most expensive market per square foot, at $837, followed by San Mateo ($793) and Marin ($633) counties.

CAR notes that Golden State housing supply conditions are still tight, with June’s months’ supply of inventory (MSI) at 3.2, unchanged from one year earlier. Historically, a 6.1-month supply of homes for sale is indicative of normal market conditions, meaning that inventory is currently running at about 60 percent of its long-term average.

Although the Bay Area’s housing supply remains lower than the statewide average, there were more homes for sale this June than there were one year ago, with the MSI in the nine-county region increasing from 1.7 to 2.3. San Mateo County had the state’s most severe inventory shortage, with an MSI of 1.9, followed by San Francisco and Santa Clara counties at 2.0.