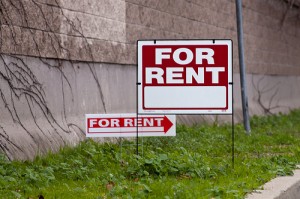 Rent price hikes across the country outpaced income growth over the past five years, making it increasingly difficult for renters – particularly those who have never owned a home – to get a foot in the door, a recent study says.

According to a report from the National Association of Realtors, rents across the U.S. increased by 15 percent from the third quarter of 2009 to the third quarter of 2014. In that same time period, incomes for those aged 25 to 44 grew by 11.2 percent. In a statement accompanying the report, NAR Chief Economist Lawrence Yun said that the divide between rent and wage growth is widening in expensive housing markets, sidelining many first-time buyers.

“The gap has worsened in many areas as rents continue to climb and the accelerated pace of hiring has yet to give workers a meaningful bump in pay,” Yun said. “Current renters seeking relief and looking to buy are facing the same dilemma: Home prices are rising much faster than their incomes. With rents taking up a larger chunk of household incomes, it’s difficult for first-time buyers – especially in high-cost areas – to save for an adequate down payment.”

The situation looks even more problematic for first-time buyers in some areas of Silicon Valley, considering that rent increases in the region have outstripped income growth by a rate of about three to one over the past five years. According to NAR, rent costs in the San Jose-Sunnyvale-Santa Clara metro area increased by 25.6 percent – the third most in the U.S. — while wages rose by 8.4 percent.

In the San Francisco-Oakland-Fremont metro area, the trend reversed, with income growing at a faster clip (19 percent) than rents (13.2 percent). Even so, first-time buyers in the region face much larger down payments than the average U.S. homebuyer. According to a recent RealtyTrac report, the average U.S. down payment was $32,141 in 2014, compared with $305,502 in San Francisco County and $122,640 in Alameda County.

High home prices are also conspiring to keep first-time buyers out of the game locally. NAR’s data says that the median price for an existing single-family home in San Jose in the fourth quarter of 2014 was $855,000, the highest in the country. The San Francisco metro area ranked No. 2, with a median sales price of $742,900. Over the past five years, mortgage payment growth in both regions increased by about 25 percent, double the national rate.

As young workers flock to the Bay Area to cash in on the region’s booming economy, Yun underscored the importance of new construction.

“Many of the metro areas that have experienced the highest rent increases are popular to millennials because of their employment opportunities,” he said. “With a stronger economy and labor market, it’s critical to increase housing starts for entry-level buyers or else many will face affordability issues if their incomes aren’t compensating for the gains in home prices.”