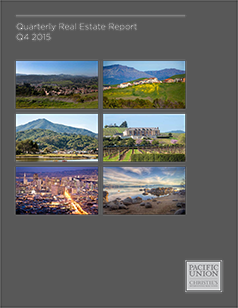 Click the cover of our Q4 2015 Report for details of recent real estate activity in the Bay Area and the Lake Tahoe/Truckee region.

Demand for Bay Area real estate showed no signs of easing as 2015 came to an end, with the months’ supply of inventory (MSI) dropping in almost every one of Pacific Union’s regions from November to December. The exception was Lake Tahoe/Truckee, where the supply of condominiums expanded slightly. Available homes were particularly scarce in Contra Costa County, the East Bay, Marin County, San Francisco, Silicon Valley, and the Mid-Peninsula, all markets with less than one month’s supply of homes for sale in December.

Pacific Union’s fourth-quarter 2015 report is packed with data and regional summaries that offer a complete look at real estate activity in the Bay Area and the Lake Tahoe/Truckee region.

Our Q4 Report also includes a comprehensive chart tracking 10 years of home sales throughout the Bay Area and Lake Tahoe/Truckee — 77 cities, towns, and neighborhoods in nine regions. A smaller version of that chart, showing regional totals, appears below. Click anywhere on the chart to see the full data set. 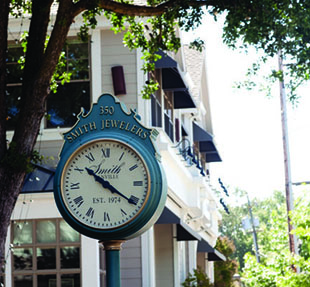 Market activity slowed during the fourth quarter in Pacific Union’s Contra Costa County/Tri-Valley region, with sales and active listings both down significantly from the previous quarter. Activity peaked in the second quarter of 2015 and moderated in the third before slipping further in the fourth, largely because of a severe shortage of homes on the market. Potential sellers were cautious – tempted by rising prices to put their homes on the market but uncertain of their prospects when they too become buyers.

Buyers were more cautious as well. After the frantic pace of recent years, homebuyers generally took longer to make buying decisions in the fourth quarter. They inspected homes more frequently before making offers, and they were less likely to overbid. New buyers continued to enter the market, however, encouraged by the Bay Area’s strong economy and extremely low interest rates.

Looking Forward: The upcoming election year and uncertainty over future interest-rate increases could slow sales activity in the first quarter of 2016, but the Bay Area’s economic fundamentals remain exceptionally strong. We fully expect that the coming of spring will energize both buyers and sellers. 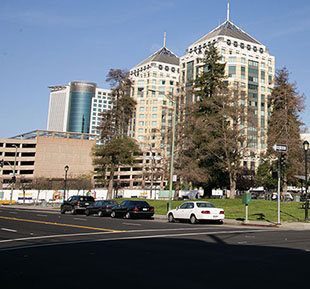 Homebuyers in Pacific Union’s East Bay region faced a severe shortage of available homes throughout 2015. The fourth quarter saw a modest increase in listings hit the market, but they were snapped up by an influx of buyers, leaving supply just as constrained as when the year started. Under such conditions, sales prices posted double-digit gains, buyers continued to submit bids above asking prices, and multiple offers remained the norm for desirable homes that were fairly priced.

Looking Forward: With the Bay Area’s high salaries and strong employment numbers, we look forward to a busy year for East Bay real estate markets this year. The Federal Reserve’s recent decision to raise interest rateswill likely help motivate indecisive buyers in the months ahead. Interest rates at the start of 2016, after all, remain exceptionally low by historical levels. 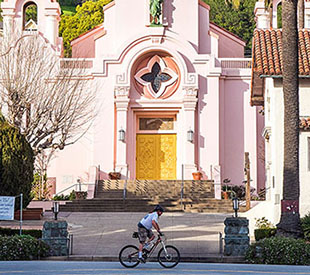 There were plenty of buyers in Pacific Union’s Marin County region during the fourth quarter but nowhere near enough homes to accommodate them – a problem that has persisted across the Bay Area for several years. In a marked change, however, buyers in the second half of the year started to gain the upper hand in negotiations. They displayed little sense of urgency and were more likely to pass on an attractive house at a competitive price, waiting to see what will come on the market in the weeks and months ahead.

Sales prices rose throughout the year, climbing aggressively earlier in 2015 before moderating in the fourth quarter. Demand for housing remained high, and sellers continued to enjoy healthy premiums. Private purchase agreements – reached without homes ever appearing on a local MLS and without competing bids – were not uncommon.

Looking Forward: Marin County remains an attractive destination for buyers. The chilly weather may affect sales in January and February, but we expect a very busy spring and summer, aided by a booming Bay Area economy. Interest rates remain exceptionally low, and any further increases would likely have little effect on Marin County sales. 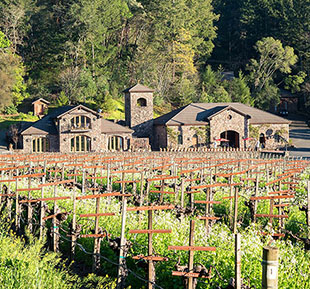 Limited inventory squeezed sales volume in Napa County in 2015, while average sales prices climbed higher. Homes priced under $500,000 were in particularly short supply in the fourth quarter and commanded multiple offers, while those priced above $700,000 – typically a popular move-up market – sat idle longer than we had seen in quite some time.

Even with the prospect of robust sales prices, sellers were reluctant to put their homes on the market, and many of those that did so added contingencies allowing them to find a new place to live before leaving their current home. Such contingencies made for some complex fourth-quarter deals, with several sales dependent on both the buyer and seller completing separate transactions first.

Looking Forward: Buyers typically don’t like to shop in the rain, so first-quarter sales – particularly vineyard land – could be affected by the El Niño storms forecast for the West Coast. Otherwise, sellers who pulled their properties off the market in November and December will be returning them in the spring, when trees and flowers are blooming and Napa County looks its finest. Make no mistake: Buyers will be waiting. 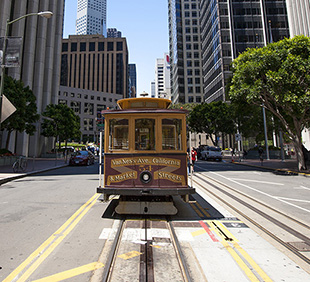 San Francisco has been a seller’s market for several years now, but by the fourth quarter of 2015, the landscape had slightly shifted in the direction of a more balanced market – for both condominiums and single-family homes. Sales prices kept rising, to be sure, but not at the pace of past quarters. And while many homes still commanded multiple offers, overbids have also slowed. Available homes stayed on the market a bit longer than in previous quarters before going into escrow. December closed out a very strong quarter, though the third quarter was stronger.

But this may be the most surprising fact: More than a few San Francisco homes sold for below their asking prices in the fourth quarter – a phenomenon virtually unheard of at the start of 2015. The inventory of available homes remained tight, but we saw signs that owners are gradually more willing to put their homes on the market.

Looking Forward: San Francisco remains an exceptionally desirable market with a booming regional economy – two factors that ensure strong real estate activity in the months ahead. El Niño storms could delay some sales, but only briefly, and interest rates are forecast to remain exceptionally low far into 2016. 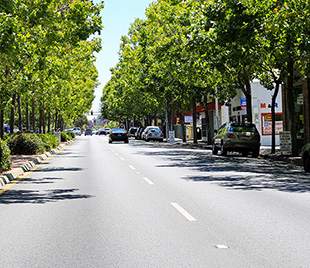 After a strong third quarter and a continued shortage of available homes, we expected real estate activity to slow down in the fourth quarter in Pacific Union’s Silicon Valley region. Instead, sellers returned to the market, and sales rose in October and November – and in December, too, when we had expected them to taper off.

Homes sold quickly, although most received fewer bids than earlier in the year. Sales prices continued to climb, even as the region made headlines for some of the priciest neighborhoods in the nation. Buyers were plentiful at all price points, even if they were more cautious with their offers than in the past.

Looking Forward: Strong fourth-quarter sales bode well for the first quarter of 2016, although available homes may be hard to find in January after the December sales surge. There will be no shortage of buyers, attracted by Silicon Valley’s charming communities and the expanding workforces of the region’s world-famous tech companies. Some sales could be delayed by the coming El Niño rains, but not for long. Interest rates are expected to remain at historically low levels far into 2016.

Defining the Mid-Peninsula: Our real estate markets in the Mid-Peninsula subregion include the cities of Burlingame (excluding Ingold Millsdale Industrial Center), Hillsborough, and San Mateo (excluding the North Shoreview/Dore Cavanaugh area). Sales data in the charts below includes all single-family homes in these communities. 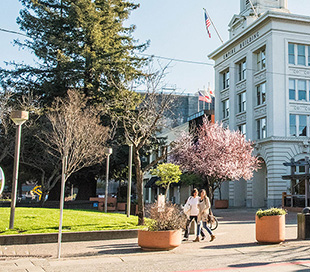 Pacific Union’s Sonoma County region moved much closer to a balanced real estate market in 2015 after several years tilted decidedly in sellers’ favor. Buyers were reluctant to overpay for homes and submitted fewer multiple offers, and bidding wars usually involved lower-priced homes. It was a buyer’s market for multimillion-dollar homes, with many properties sitting on the market for extended periods and selling only after price reductions. Inventory levels rose during the first three quarters of the year before pulling back in the fourth.

Sales prices jumped higher in the first quarter of the year before moderating for the next three quarters. There was no shortage of homebuyers in the region, with the strongest demand – and scarcest inventory – seen in Healdsburg and Sebastopol.

Looking Forward: Many Sonoma County sellers pulled their homes off the market at the end of the fourth quarter, and we expect sales activity to pick up once that inventory is back in the picture. Spring is always a busy season for real estate, although El Niño storms could delay some sales. The Federal Reserve’s recent decision to raise interest rates, which remain exceptionally low by historical levels, may actually boost sales by motivating indecisive buyers.

Defining Sonoma County: Our real estate markets in Sonoma County include the cities of Cloverdale, Cotati, Healdsburg, Penngrove, Petaluma, Rohnert Park, Santa Rosa, Sebastopol, and Windsor. Sales data in the charts below includes all single-family homes and farms and ranches in Sonoma County. 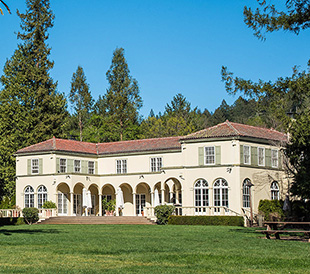 Fourth-quarter activity in Pacific Union’s Sonoma Valley region could be titled “A Tale of Two Markets.” There were plenty of closings in September as the summer wound down, but a dearth of new transactions created a sluggish October. But in November, homebuyers woke up and quickly got busy. December, typically a slower month, was anything but, as buyers hustled to make and close deals before the end of the year.

Overall, the Sonoma Valley region ended 2015 just as it started: in a very strong state. Residential sales volume climbed higher, and the average sales price jumped considerably. Well-priced, attractive properties continued to draw buyers, but sellers found that they had to be careful in pricing their homes; some with unrealistic expectations found themselves sitting on properties far longer than they would have a year earlier.

Looking Forward: Sonoma Valley is an attractive destination, and employment remains strong across the Bay Area – two factors that bode well for future real estate activity. The impact of rising interest rates on home sales in the region remains to be seen, even though they are at historically low levels. Many Sonoma Valley sales involve second homes, and buyers’ discretionary income is often closely tied to the stock market, which is anticipated to be as volatile in 2016 as it was in 2015, and to some extent interest rates.

Defining Sonoma Valley: Our real estate markets in Sonoma Valley include the cities of Glen Ellen, Kenwood, and Sonoma. Sales data in the charts below refers to all residential properties – including single-family homes, condominiums, and farms and ranches – in these communities. 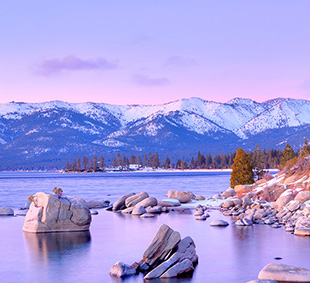 Snow is a magical thing in the Sierra Nevadas. Elsewhere it slows traffic and shuts down businesses, but in Lake Tahoe/Truckee it opens world-famous winter resorts and attracts skiers, outdoor enthusiasts, and vacation homebuyers. After a long and difficult drought, snowfall was enthusiastically welcomed in the area in the fourth quarter. Weather conditions held back sales for much of 2015, but real estate activity was brisk by the end of the year, traditionally a busy time as out-of-town buyers – many from the Bay Area – shop for vacation homes in time for the ski season.

Lake Tahoe/Truckee is a buyer’s market, and multiple offers were rare last year. Buyers leveraged home prices that still haven’t reached their prerecession peaks in many communities to score some exceptional bargains.

Looking Forward: First-quarter home sales in Lake Tahoe/Truckee are influenced by the weather, and forecasts suggest that the coming winter and spring will be busy times indeed as Bay Area residents pack their skis and head for the mountains. We also expect that many sellers who pulled their properties off the market last year will return them to the mix in the coming weeks and months.