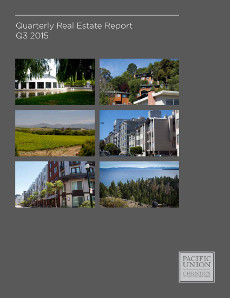 Click the cover of our Q3 2015 Report for details of recent real estate activity in the Bay Area and the Lake Tahoe/Truckee region.

Inventory was up a bit across most of the Bay Area as the third quarter closed, bringing some relief to buyers in a region where demand — and competition — for real estate remains heated. In our Silicon Valley region, the median sales climbed above the $3 million mark, while buyers in the East Bay continue to pay more than 10 percent above original prices.

Pacific Union’s third-quarter 2015 report is packed with data and regional summaries that offer a complete look at real estate activity in the Bay Area and the Lake Tahoe/Truckee region.

Our Q3 Report also includes a comprehensive chart tracking 10 years of home sales throughout the Bay Area and Lake Tahoe/Truckee — 76 cities, towns, and neighborhoods in nine regions. A smaller version of that chart, showing regional totals, appears below. Click anywhere on the chart to see the full data set. 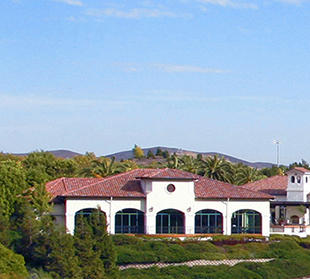 After a phenomenal second quarter, real estate activity in Pacific Union’s Contra Costa County/Tri-Valley region settled down in the third quarter, with sales prices holding steady, an extremely tight supply of available homes, and sales volume rising moderately from levels recorded one year ago. The region remains a seller’s market, with buyers having to act fast and pay premium prices for the most attractive homes in desirable communities.

Stabilizing prices followed an aggressive run-up during the summer months, suggesting that sellers may have set the bar a bit too high. Buyers were more cautious than we’ve seen in previous quarters, even amid the competitive sales climate. Still, new buyers continued to enter the market, encouraged by the booming Bay Area economy and tempted by extremely low interest rates – and the threat that they may start rising soon.

Looking Forward: Sales typically increase during the fall months as buyers try to make a move before the end of the year, and the upcoming fourth quarter looks to be business as usual in that regard. Similarly, real estate activity will taper off as the holiday season approaches. We anticipate flat price appreciation and continued tight inventory for the remainder of the year. 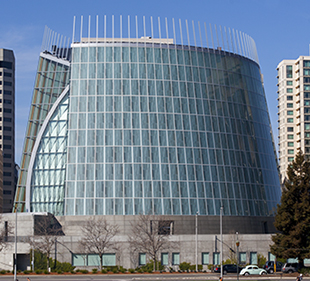 Extremely scarce inventory conditions throughout the summer finally eased after Labor Day in Pacific Union’s East Bay region, to the relief of homebuyers. Still, there were more buyers than listings throughout the third quarter, and multiple offers remained the norm for desirable homes that were fairly priced. Overall, sellers continued to receive healthy premiums above list prices.

Sales prices continued to rise during the quarter, in part because of the limited supply of homes on the market. There was no shortage of buyers, however, many of them looking for an East Bay home after being priced out of San Francisco. Low interest rates, high rental prices, and a strong local economy also helped swell the ranks of buyers. The most popular neighborhoods were those that score high on walkability ratings and are close to BART stations and retail and dining districts.

Looking Forward: We expect the uptick in available homes to continue through October before the inevitable year-end slowdown as the holiday season approaches. Political and economic developments – including a possible rise in interest rates – could affect sales momentum, but there will be no shortage of buyers. 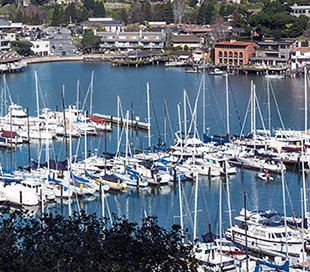 The frenetic pace of real estate activity in Pacific Union’s Marin County region began slowing in the third quarter, even as sales prices continued to rise. We saw more price reductions in the quarter than we’ve seen all year, and several instances where homes didn’t sell. Buyers seemed less eager to jump through the hoops some sellers demanded, suggesting that they are either doing more market research or are perhaps simply exhausted after repeatedly losing out on bidding wars.

Nonetheless, open houses were well-attended and homebuyers were plentiful. Attractive homes in desirable neighborhoods sold quickly, often at prices well above list. Inventory levels remained exceptionally slim, although we saw an uptick in new listings starting after Labor Day. The market for high-priced homes – those in the neighborhood of $10 million and above – was particularly strong.

Looking Forward: Marin County is a desirable place to live and increasingly attractive to buyers with high-paying tech jobs in San Francisco and Silicon Valley. We expect strong sales in the fourth quarter, with many qualified buyers looking to get into new homes before the holidays. 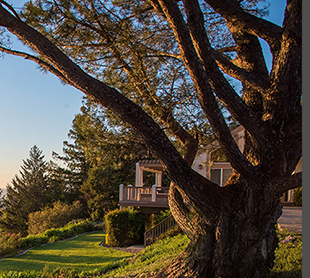 After a cyclical slowdown in August, home sales In Pacific Union’s Napa County region rebounded in September. Demand for homes at the highest price points was red-hot, and wineries and land with grapevines also attracted great interest. At the low end of the market, the short-sale and REO properties that were so plentiful in recent years were nowhere to be found.

Across the region, buyers enjoyed a relatively robust supply of available homes, and multiple offers were down considerably from a year earlier as real estate activity in the region returned to a more normal pace. As a result, buyers were more selective and more likely to push back on prices they considered too high. Sellers who didn’t price their homes competitively were probably surprised at how long they sat on the market – another change from the recent past.

Looking Forward: Homebuyers are plentiful, and we expect September’s strong sales activity to continue through October and perhaps the holidays, fueled by low interest rates and a thriving regional economy. Napa County home prices will likely hold steady in the fourth quarter and into 2016. 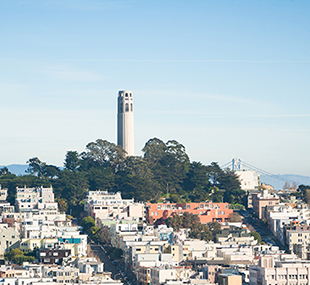 The third quarter ended on a strong note in San Francisco, with a substantial increase in available homes hitting the market after Labor Day. That was welcome news for buyers, who had endured exceptionally tight inventory levels all year long, and they took advantage of it. With more homes to choose from, sales jumped moderately, and bidding wars declined – along with buyer stress levels.

Buyers were active at all price points and across all neighborhoods. An uptick in sales in the city’s Bayview neighborhood was of particular note, as residents fed up with the spike in rental costs opted to buy homes and build equity. The city’s booming economy and high-paying jobs coupled with historically low interest rates made buying a home affordable even as sales prices continued to rise.

Looking Forward: As a world-class global city and a U.S. economic hub, San Francisco will see no shortage of homebuyers for the foreseeable future. Early signs suggest that the late-third-quarter boost in inventory and sales will continue well into the fourth quarter, keeping buyers and sellers busy right up to the holiday season. The winter months typically see a slowdown in sales, presenting an opportunity for savvy buyers and sellers to get a jump on the competition. 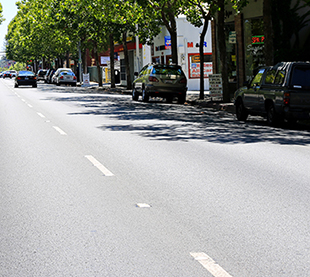 The supply of available homes rose modestly in September in Pacific Union’s Silicon Valley region, but it didn’t do much to ease the inventory shortage that bedeviled buyers throughout the third quarter – and indeed, all year long. The scarcity resulted in many homes being sold before they even reached the market, with sellers accepting pre-emptive offers. Almost 30 percent of homes sold during the quarter were never listed on the local MLS.

Among the homes coming on the market was an increased supply of properties priced from $1.5 million to $2.5 million, normally in short supply in the region, and also those priced from $13 million to $30 million-plus. Buyers were plentiful at all price points, but unlike in previous quarters they tended to be more cautious with their offers. Similarly, fewer properties generated multiple offers than in the recent past. Sellers who priced their homes inappropriately saw them linger on the market longer.

Looking Forward: The recent increase in inventory bodes well for the fall season. Sales could slow if mortgage rates start rising, but generally we expect strong sales until both buyers and sellers turn their thoughts to the holiday season.

Defining the Mid-Peninsula: Our real estate markets in the Mid-Peninsula subregion include the cities of Burlingame (excluding Ingold Millsdale Industrial Center), Hillsborough, and San Mateo (excluding the North Shoreview/Dore Cavanaugh area). Sales data in the charts below includes all single-family homes in these communities. 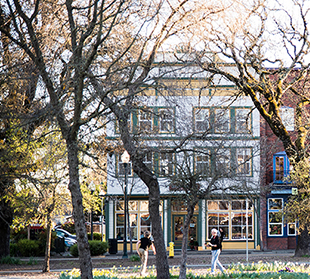 The supply of available homes fell in Pacific Union’s Sonoma County region during the third quarter even as sales rose, presenting continued challenges for homebuyers. Sales prices increased moderately, while the supply of homes priced under $400,000 grew increasingly scarce – replaced by those selling for $500,000 and higher. The region saw brisk sales for homes priced above $850,000, and an increased number of sales for $3 million and above. Sales were particularly strong in Healdsburg, Sebastopol, and Sonoma.

Multiple offers were common in the region but not ubiquitous as they were a year earlier – and not the 10 and 20 bids that previously piled up on a seller’s doorstep. Sonoma County remains a seller’s market, but over the past year, the region has been moving closer to a more balanced state. Buyers were more cautious than in previous quarters, and some sellers learned an unpleasant lesson on the perils of pricing their homes beyond reasonable levels.

Defining Sonoma County: Our real estate markets in Sonoma County include the cities of Cotati, Healdsburg, Penngrove, Petaluma, Rohnert Park, Santa Rosa, Sebastopol, and Windsor. Sales data in the charts below includes all single-family homes and farms and ranches in Sonoma County. 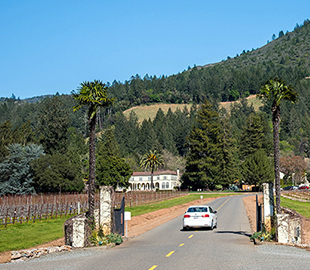 The third quarter was a combination of positives and negatives in Pacific Union’s Sonoma Valley region. July was typically robust, with homebuyers bringing multiple offers and prices that seemed to go higher every week. And then there was August. As we predicted, late-summer vacations, back-to-school activities, and an early harvest in the Wine Country caught the attention of buyers, and a fewer-than-normal number of properties went into escrow.

Then again, there might have been other factors in play. Buyers may have grown weary of the ongoing multiple-offer frenzy, as well as rising prices and the demands of sellers still trying to capitalize on the strong market. A volatile stock market didn’t assuage buyers’ concerns, either.

Looking Forward: We may see homes remain on the market a bit longer than in past quarters, as well as price reductions from motivated sellers. The upcoming holiday season may prompt sellers to keep their properties off the market until early 2016 or even into the spring, diminishing an already lean inventory.

Defining Sonoma Valley: Our real estate markets in Sonoma Valley include the cities of Glen Ellen, Kenwood, and Sonoma. Sales data in the charts below refers to all residential properties – including single-family homes, condominiums, and farms and ranches – in these communities. 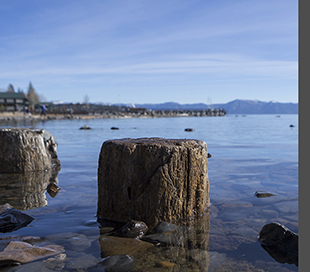 Visitors to the Lake Tahoe/Truckee region were captivated by the gorgeous weather and breathtaking Sierra backcountry this summer, but that also caused home sales to slow, as it was simply too beautiful to conduct business. Homebuyers got busy after Labor Day, however, providing a strong sales boost at the end of the third quarter. Sales remained robust in the Truckee area and jumped much higher in the Tahoe City area.

Unlike the Bay Area, Lake Tahoe/Truckee is a buyer’s market, and multiple offers were rare in the third quarter. Buyers leveraged home prices that still haven’t reached their prerecession peaks to score some exceptional bargains. In fact, many buyers already owned property in the region and took advantage of the value pricing to upgrade their vacation homes.

Looking Forward: The vigorous sales that we saw at the end of the third quarter will almost certainly continue until the holiday season arrives. The final quarter of the year is always busy, with buyers eager to close a sale before ski season arrives. This winter, forecasts of a strong El Niño and the copious snow that it could bring will further pique buyers’ interest. We expect home prices to hold steady during the quarter.