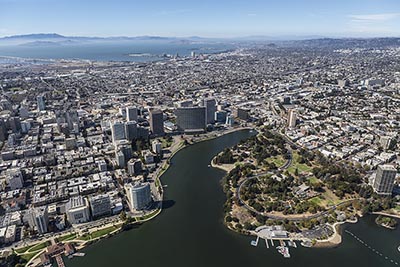 WalletHub’s annual list of the best and worst home-flipping markets ranks the 150 largest cities based on 22 criteria in on a scale of zero to 100. The three major categories that the study uses to grade a real estate market’s flip-friendliness are market potential, remodeling costs, and quality-of-life factors.

As in last year’s study, Oakland ranks dead last for home-flipping potential, with an overall score of 31.97. WalletHub places Oakland as one the six U.S. cities with the highest median home purchase price, along with three other Bay Area cities: San Jose, San Francisco, and Fremont. Those four cities are on average 14 times more expensive than the real estate markets with the lowest median purchase price.

San Francisco is the nation’s fourth most difficult real estate market for home flippers, notching a 34.38. Potential home flippers in the city will incur the highest average kitchen and bathroom remodeling costs in the country, four to five times highest than the least expensive markets for renovations.

San Jose also counts among the nation’s 10 least-friendly flip cities, scoring a 37.78. The city tied its neighbor to the north for the highest kitchen remodeling costs and ranked in the top five, along with Fremont, for the highest overall home-renovation costs. San Jose also has one of the lowest flipping returns in the U.S.

While Bay Area cities may not rank high for flipping based on financial considerations, they perform well on the quality-of-life metric, which includes criteria such as the quality of schools, access to parks, family-friendliness, and economic conditions. Three Bay Area cities rank among the 10 best places in America for quality of life: Fremont (No. 3), San Jose (No. 9), and San Francisco (No. 10).

WalletHub names San Francisco the No. 1 city in the country for walkable park access. Earlier this year, the Trust For Public Land gave San Francisco a perfect score of 100 for park access, finding that it is the only major American city where all residents live within a 10-minute walk of one of its 220 parks.