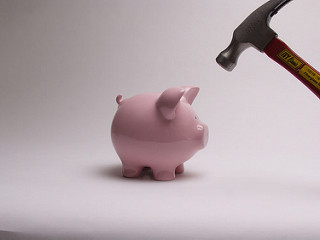 Less than one-third of California’s housing stock is affordable for a median-income household, and in certain Bay Area counties, the amount of affordable properties on the market is practically nonexistent.

In a recent analysis, the California Association of Realtors says that the average Golden State household earns $60,240 per year, enabling them to afford a median-priced property — defined as single-family homes, condominiums, and townhouses — of $304,490. However, just 29 percent of available homes are at or under that price point. The statewide median price of $446,980 means that properties are currently 46.8 percent higher than what the average Californian can afford.

In fact, only seven of 32 reporting counties are considered affordable for a median-income household, and the majority of them are located in the Central Valley, relatively isolated from major job markets. The Bay Area had the state’s most challenging affordability conditions, due in part to supply constraints.

“The significant disparity between what home buyers can realistically afford and actual home prices is discouraging, especially in the San Francisco Bay Area,” CAR President Chris Kutzkey said in a statement accompanying the report. “While housing is affordable in some regions of the state, California lacks an adequate supply and mix of affordable housing in locations where the majority of the state’s workforce resides.”

Across the rest of the Bay Area, affordability conditions are also difficult. Marin ranked just below Santa Barbara as the state’s fourth least-affordable county, with a median-priced $979,380 home 108.4 percent above the yearly household income. It was followed by Alameda County in the No. 5 spot, with a 93.9 percent affordability gap. The affordability gap is more than 60 percent in every Bay Area county except Solano.