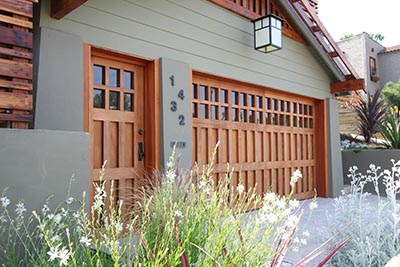 Homeowners in the nation’s hottest real estate markets can expect to reap substantial returns on home-renovation projects that they undertake this year, with the majority of jobs in San Francisco and San Jose projected to earn back 100 percent of their costs.

That’s according to Remodeling’s 2017 Cost vs. Value report, an annual study that ranks 29 midrange and high-end home-remodeling jobs based on projected cost returns if the property is sold within a year. Nationwide, homeowners can expect to receive an average of 64.3 percent of their costs back across all projects. Only one project — fiberglass attic insulation — is projected to turn a profit, netting 107.7 percent of its cost.

Once again, geography plays a large role in how much money renovation jobs cost and how much they pay back. In the five-state Pacific region, which includes California, the average return on all projects is 78.2 percent. Four of the jobs in the region are expected to net returns in excess of 100 percent, with attic insulation again the most profitable at 122.8 percent.

In the San Francisco metro area, 21 of the 29 renovation projects pay back at 100-plus percent. For midrange projects, adding manufactured stone veneer has the best payoff, returning 191.5 percent of its costs. For upscale jobs, a replacement garage door is the most cost-effective upgrade, with a return of 176.9 percent. Only one project in San Francisco — a backup power generator — is expected to return less than 80 percent of its cost.

Sixteen jobs in the San Jose metro area are expected to bring back at least 100 percent of their costs. Despite being the least expensive project, attic insulation is the most profitable, with the average $1,438 job returning 272 percent of its cost. As in San Francisco, a new garage door offers the best return for high-end projects, recouping 148.3 percent of spend.

The results were markedly different in the Santa Rosa region, where just four of the projects paid back more than 100 percent. Manufactured stone veneer has the best payoff, at 125.7 percent. Meanwhile, neither attic insulation or a new garage door pack the same bang for the buck that they do in other parts of the Bay Area, with respective returns of 80.7 percent and 98.2 percent.

Looking ahead, home-renovation activity across the U.S. is expected to pick up, Metrostudy Chief Economist Mark Boud told Remodeling. Not only should rising mortgage rates persuade more homeowners to renovate rather than buy a new property, but price appreciation will allow more owners to tap home equity lines of credit to pay for the work.