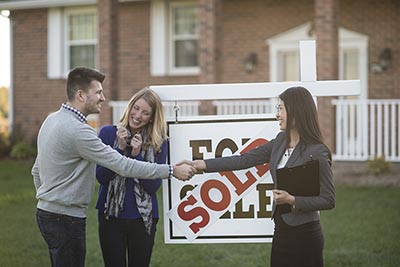 The National Association of Realtors’ annual 2018 Home Buyer and Seller Generational Trends study says that millennials accounted for 36 percent of purchases over the past year, a slight uptick from the previous survey and an all-time high. Defined as Americans under the age of 37, millennials have been the most active group of U.S. homebuyers for five straight years.

Millennial homebuyer activity in Bay Area job centers mirrors the national trend. According to a February analysis of Pacific Union data by Chief Economist Selma Hepp, buyers under the age of 35 accounted for 37 percent of transactions in San Francisco between August 2017 and January 2018, while millennials were responsible for 35 percent of purchases in Silicon Valley.

“While there is an overall trend among households young and old to migrate towards urban areas, the very low production of new condos means there are few affordable options for buyers – especially millennials,” NAR Chief Economist Lawrence Yun said.

Besides a lack of affordable starter homes, millennials must grapple with rising home prices and student-loan debt. NAR found that almost half of millennials are paying off student debt and carrying a median amount of $27,000. About one-quarter of Americans under the age of 37 said that saving for a down payment was the most difficult part of the homebuying process, and of those, 53 percent said that student loans delayed the savings process.

Millennials also face higher living costs than the generation before them, while wage growth for the demographic has been stagnant. According to a Freddie Mac analysis, between 2000 and 2016, young Americans’ expenditures increased by 36 percent. During that time period, home prices grew by 29 percent, while millennial per-capita incomes inched up by 1 percent.

A final finding from NAR’s report: When millennials are ready to purchase a home, 90 percent of them employ the services of a real estate professional, with help understanding the process cited as the primary benefit.