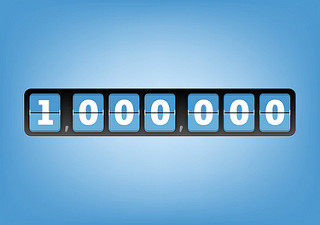 Bay Area property prices continue to enjoy double-digit-percent annual increases, even as appreciation slows across the rest of the Golden State. And in Silicon Valley, homebuyers seem to have no shortage of cash at their disposals.

PropertyRadar’s most recent Real Property Sales report puts the September median price for a California home at $405,000, down 2.4 percent from August and up 3.3 from one year earlier. On a monthly basis, the median price fell in 21 of California’s 26 largest counties, though it remains near an eight-year high statewide.

In a statement accompanying the report, PropertyRadar Director of Economic Research Madeline Schaff noted that while appreciation is cooling across the state, Bay Area gains are still holding strong.

The report says that home prices in Santa Clara County increased by 13.8 percent year over year in September while rising 11.3 percent in San Mateo County, among the highest growth rates in the state. Extraordinary demand for Silicon Valley real estate appears to also be fueling appreciation in nearby Santa Cruz County, with prices there climbing by 18.3 percent on an annual basis in September, the highest rate of growth in California.

Silicon Valley homebuyers seem like they are swimming in cash, with all-cash deals accounting for 21.5 percent of transactions in the region so far in 2015 and nearly two-thirds of buyers dropping down payments of at least 20 percent. “At median price levels bouncing off of a million dollars, that is an impressive statistic,” Schaff said. In fact, more than half of all home sales in San Francisco and San Mateo counties in September exceeded the $1 million price point.

A graphic accompanying the report shows that the median sales price in most of Palo Alto and Los Altos actually appears to be above $2 million. Schaff doesn’t see price gains in the region slowing until buyer demand subsides or lenders become more tightfisted.