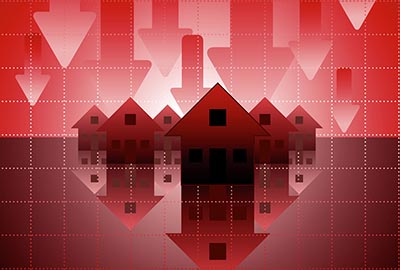 The Federal Reserve’s decision to raise interest rates last week will likely spur some potential homeowners to lock in financing before mortgage rates tick even higher. So it comes as welcome news that with time of the essence for many buyers, loan-close times quickened in February, a trend that is expected to continue in the coming months.

That’s according to Ellie Mae’s most recent Loan Origination Report, which said that the average home loan took 46 days to close in February, down from 51 days in January and identical to one year ago. Close dates dropped from January for both purchase loans and refinances, a respective 45 and 47 days.

In a March 15 press release, Ellie Mae CEO and President Jonathan Corr said that he expected loan times to further improbve as the traditionally busy spring real estate season gets underway. Last year, loans closed the fastest in March and April, an average of 44 days.

Corr also thinks that the average buyer FICO score, which decreased to 720 for all loans in February, will continue to fall over the next few months. Around 12 million Americans will soon see their credit scores improve, due to the three major credit bureaus excluding tax-lien and civil-judgment data from their reporting criteria.

The average mortgage rate for all 30-year loans increased to 4.36 percent in February, up from 4.31 percent in January and the highest in the past 18 months. As of last Thursday, Freddie Mac put the average 30-year, fixed-rate mortgage at 4.30 percent, up on both a weekly and annual basis.

The Fed said last week that it expects to raise interest rates twice more this year, which will push mortgages higher and thus reduce the number of households who can qualify. In its March U.S. Housing Analysis and Forecast, John Burns Real Estate Consulting says that it expects 30-year mortgages to rise to 4.4 percent by the end of this year and 5.0 percent by 2020. Freddie Chief Economist Sean Becketti also predicts higher mortgage rates as the year progresses, driven by a strong job market and rising inflation, in addition to the Fed’s intention