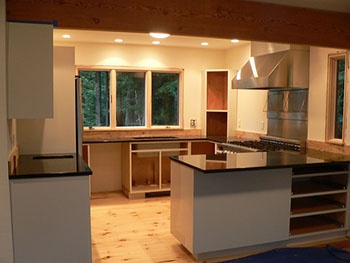 Home-Remodeling Spending Expected to Peak in 2015

Americans are projected to spend more money on home renovations this year than at any point since the recession in spite of substantial labor shortages in the construction sector.

Citing data from Harvard University’s Joint Center for Housing Studies, a blog post from online home-design and improvement community Houzz says that U.S. homeowners will spend $326.1 billion on home renovations and repairs this year, higher than the previous peak of $324.4 billion set in 2007. In a mid-October report, Chris Herbert, managing director of the Joint Center for Housing Studies, noted that rising home prices are a primary factor spurring the uptick in activity.

“Strengthening housing market conditions are encouraging owners to invest in more discretionary home improvements, such as kitchen and bath remodeling and room additions, in addition to the necessary replacements of worn components, such as roofing and siding,” he said.

The Joint Center for Housing Studies expects home-renovation spending growth to increase in the coming year, from 2.4 percent in the third quarter of 2015 to 6.8 percent in the second quarter of 2016. After that, spending growth could stall due to the sluggish pace of building-materials shipments, more restrictive lending environments, and employment trends in the construction sector.

The findings dovetail with Houzz’s Q3 2015 Renovation Barometer, which tracks quarterly changes in remodeling activity through a survey of industry professionals. The company reports that all renovation-industry professionals saw widespread increases in spending this year, with the barometer exceeding 70 on a scale of 100 in all three quarters.

Houzz says the more than two-thirds of survey respondents reported that revenue and profits have returned to or surpassed their prerecession highs. Between 21 and 26 percent of industry professionals said that gross revenues were substantially above prerecession norms, while between 19 and 25 percent said the same for profits.

As in previous reports, Houzz points to moderate to heavy labor shortages across a range of specialized jobs in the home-construction and home-repair industries. Carpenters appear to be in the highest demand, with 45 percent of respondents citing labor shortages in that field, followed by general laborers (36 percent), framers (25 percent), tilers (22 percent), and drywallers (21 percent).