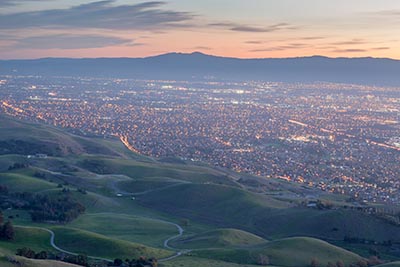 The latest monthly home sales and price report from the California Association of Realtors says that the median price for a single-family home in the state was $549,460 in July, down 1.1 percent from June but up 7.4 percent year over year. In the nine-county Bay Area, the median sales price also dipped 1.1 percent from June to $898,880 and was 10.9 percent higher than in July 2016.

In both cases, a lack of homes for sale was the primary driver of price appreciation.

“Despite a dip from the recent record high in June, the statewide median price continued to rise at a high single-digit rate in July, and was growing at the second fastest pace in 2017,” CAR Senior Vice President and Chief Economist Leslie-Appleton-Young said. “Tight inventory remained the fuel to upward momentum in home prices, particularly in the Bay Area and other high-priced markets. With supply expected to be tight for the rest of the year, home prices should grow moderately in the next few months.”

Home prices rose in all nine Bay Area counties on an annual basis, ranging from 1.3 percent in Contra Costa County to 12.7 percent in Sonoma County. For the second time this year, the median price in San Mateo County hit $1,500,000, tying its all-time high, according to historical housing-market data from CAR. Like last July, the Bay Area is home to California’s other three seven-digit housing markets: San Francisco ($1,428,000), Marin ($1,224,000), and Santa Clara ($1,165,000) counties.

The number of homes for sale declined both statewide and in the Bay Area from July 2016, with the months’ supply of inventory dropping to 3.2 and 2.1, respectively. San Francisco has California’s most severe supply shortage, with a 1.4-month supply of inventory, followed by Santa Clara (1.5), San Mateo (1.7), Alameda (1.8), and Contra Costa (2.2) counties.

Despite the challenging supply conditions, California existing, single-family home sales remained above 400,000 on a seasonally adjusted annual rate for the 16th straight month. So far this year, home sales are up 2.9 percent when compared with the same period in 2016, but CAR expects activity to taper off in the coming months.

“As we enter the second half of the year, we are likely to see some slowdown in sales that extends beyond the typical seasonality change,” CAR President Geoff McIntosh said. “While the rate of closed sales indicates that California’s housing market has continued to move forward, tight supply continued to push up prices and lower affordability, which can ultimately undermine the housing market by putting homeownership out of reach for too many households.”

According to CAR’s second-quarter Housing Affordability Index, 29 percent of Golden State households can afford to purchase the median-priced single-family home. About one in five Bay Area households could qualify for a mortgage to purchase the median-priced home in the second quarter. San Francisco and San Mateo are the state’s least affordable counties, with a respective 12 percent and 14 percent of residents able to purchase a home.