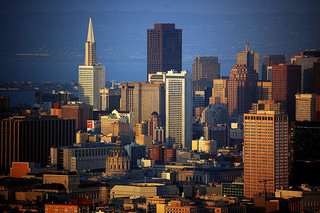 Prices in San Francisco grew by 22.7 percent year over year in February, slightly less than in January but still one of only two areas on Case-Shiller’s 20-city composite to put up annual gains of more than 20 percent. As was the case in January, San Francisco was one of seven regions to show positive month-over-month growth (0.2 percent).

Annual U.S. home prices across the composite increased 12.9 percent in February — a slowdown from previous months, according to the report – but Golden State real estate markets still rank among the country’s hottest.

“The annual rates cooled the most we’ve seen in some time,” David M. Blitzer, chairman of the index committee at S&P Dow Jones Indices, said in a statement. “The three California cities and Las Vegas have the strongest increases over the last 12 months as the West continues to lead.”

A closer examination of MLS data as of April 29 shows positive yearly price growth for single-family homes in each of Pacific Union’s nine regions. However, gains were for the most part less dramatic than in January, when they topped 40 percent in both San Francisco and the Sonoma Valley region. 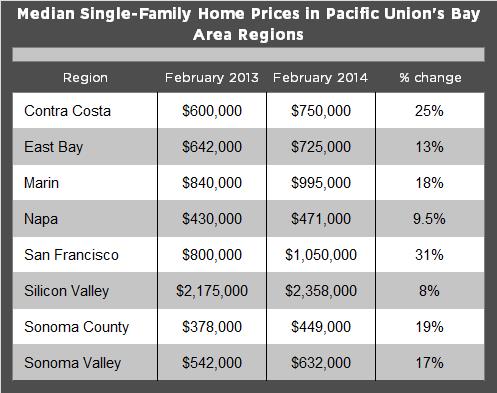