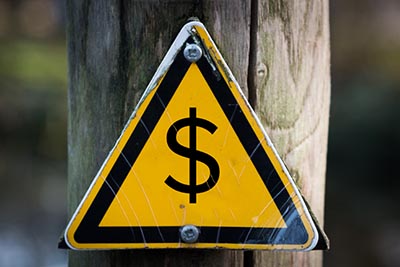 Although Bay Area home shoppers can expect to funnel a hefty portion of their incomes into mortgage payments, about half of local counties are still more affordable than their historic norms.

That’s according to ATTOM Data Solutions’ Q4 2016 Affordability Index, which calculates the percentage of wages that homeowners in 450 U.S. counties can expect to spend on a median-priced property assuming a 3 percent down payment and a 30-year, fixed-rate mortgage. A score above 100 indicates that a market is more affordable than its historical average, while a score below 100 indicates less than normal affordability conditions.

Nationwide, home affordability declined to an eight-year low in the fourth quarter, with the index score falling to 103. U.S homebuyers need to spend 36.9 percent of their wages on mortgage payments, short of the historic average but up on both a quarterly and yearly basis. In a statement accompanying the report, ATTOM Data Solutions Senior Vice President Daren Blomquist attributed eroding affordability conditions to a combination of price appreciation and slow wage growth, and he expects that rising mortgage rates won’t help the situation in the coming year.

“The prospect of further interest rate hikes in 2017 will likely cause further deterioration of home affordability next year,” Blomquist said. “Absent a strong resurgence in wage growth, that will put downward pressure on home price appreciation in many local markets.”

Residents in three Northern California counties rank among the nation’s 10 least affordable when measured by share of wages needed for mortgage payments. Santa Cruz County homeowners need to spend 113.7 percent of their incomes to afford a home, the second most in the U.S. In Marin County, buying a home requires 111.9 percent of wages, while San Francisco buyers can expect to pay 95.9 percent of their incomes for housing. The Bay Area’s most affordable county is Solano, where the average mortgage payment requires half of the average income.

Across the U.S., 29 percent of counties were less affordable than their historic norms, including Alameda, San Francisco, Sonoma, and Contra Costa counties. Among the nation’s most populous counties, Alameda ranks in the top five for lowest affordability compared with the historic average, with an index score of 93.

Home affordability is still better than normal in Solano (111), Santa Clara, (105), San Mateo (103), and Marin (102) counties. Napa County is right on par with historic norms, with an affordability rating of 100. In the first quarter of 2016, ATTOM Data Solutions said that seven of nine Bay Area counties were more affordable than their historic averages.