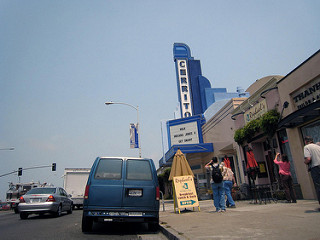 East Bay home shoppers in search of a favorable location and relatively affordable real estate when compared with neighboring communities should put El Cerrito on their list of places to explore, although buyers should still expect to pay a premium to close a successful purchase.

Situated in western Contra Costa County adjacent to the stretch of Interstate 80 known as the Eastshore Freeway, El Cerrito is more often associated with the neighboring Alameda County cities of Albany and Berkeley. Originally named for its founder, Wilhelm F. Rust, the city grew as San Francisco residents displaced by the 1906 earthquake migrated to the East Bay. Officially incorporated in 1917, the city was rechristened for the Spanish phrase meaning “little hill” — now called Albany Hill and still there today. El Cerrito has a population of more than 24,000 according to a 2013 estimate from the U.S. Census Bureau.

Chain stores and supermarkets line El Cerrito’s busy San Pablo Avenue, but locals in the know head for the nearby Solano Avenue business district – located in both Albany and North Berkeley — for dining and shopping. This walkable business district is home to dozens of restaurants that serve cuisine from around the globe, a variety of stores, several pubs, and a movie theater. Closer to home, residents can catch a flick at the Cerrito Speakeasy Theater, a once-shuttered, historic Art Deco movie house that was restored to its former glory.

As in other parts of the East Bay, El Cerrito’s inhabitants have multiple opportunities for outdoor recreation at their fingertips. Located within the city’s limits, Hillside Natural Area provides 79 acres of open space and is popular with hikers and dog owners, while the much larger Wildcat Canyon Regional Park lies just to the east. An organization called the El Cerrito Trail Trekkers helps maintain more than 50 little-known private and public urban trails throughout the city.

Homes in El Cerrito tend to be larger and newer than those in Albany and Berkeley says one of Pacific Union’s top East Bay’s real estate professionals, with much of the housing stock constructed in the middle of the 20th century. Many properties in in the hilly part of the city near Mira Vista Golf & Country Club have sweeping panoramic views of San Francisco Bay and the Golden Gate Bridge.

According to MLS data, the median sales price for a single-family home in El Cerrito was $729,000 in June, making buying a property nearly 30 percent less expensive than in Albany or Berkeley, where prices topped $1 million last month. But as in other East Bay real estate markets, inventory remains exceptionally tight, allowing El Cerrito’s sellers to pull in significant premiums. In June, buyers in the city paid an average of 113 percent of original price, and homes have sold for more than asking price in 23 of the past 25 months.