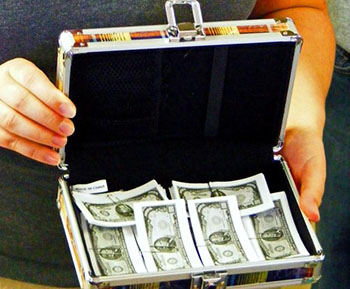 Even with some of the priciest homes in the country, buyers in the Bay Area’s westernmost regions placed roughly double the down payment as the national average last year — up to 30 percent in one county.

In a study released earlier this week, RealtyTrac said that the average U.S. homebuyer put down about 14 percent for a single-family home or condominium in 2014, which equates to $32,141. The nation’s combined 25 highest-priced real estate markets saw the average buyer put down nearly one-quarter of the sales price, or $138,547. According to the company, such sizable down payments are yet another factor conspiring against hopeful first-time buyers in expensive places like the Bay Area.

“This analysis shows that first time homebuyers have a better shot at buying a home in low-priced markets, not just because of the lower price point but because on average buyers are putting down just 12 percent in those markets compared to 24 percent in high-priced markets,” RealtyTrac Vice President Daren Blomquist said in a statement accompanying the report.

In some of the Bay Area’s western counties, deep-pocketed homebuyers have the means to shell out even more than a quarter of the purchase price, the company’s data shows.

Only Solano County fell in line with the national down-payment numbers, with 14.35 percent of homebuyers placing an average down payment of $40,897 to purchase the median-priced $285,000 home.

RealtyTrac’s analysis also shows that low down payment programs such as those recently introduced by Freddie Mac and Fannie Mae aren’t having much of an impact in the 25 most expensive U.S. real estate markets, where 7 percent of buyers made down payments of 3 percent or less. That trend rang particularly true in the Bay Area’s most expensive counties.

In San Francisco, 0.7 percent of homebuyers put down 3 percent or less in 2014, the lowest of any Bay Area county. Numbers were similar in other western counties, with 1.4 percent and 1.7 percent of San Mateo County and Marin County buyers, respectively, using low down payment financing.