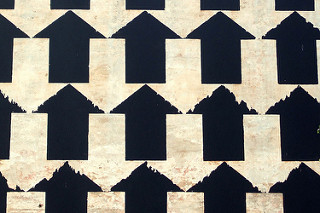 In its latest home sales and price report, CAR says that single-family home sales rose by 9.6 percent from November to December, the largest month-over-month volume gain in five years. In a statement accompanying the report, CAR President Ziggy Zicarelli attributed the year-end spike to transactions that were delayed in November due to the recent Consumer Financial Protection Bureau mortgage-regulation changes.

Sales volume jumped by 18.0 percent month over month across the nine-county Bay Area, with every county recording an uptick in activity. Sales gains ranged from 29.8 percent in Solano County to 1.0 percent in San Francisco. Sales volume was also up from the previous December in all nine counties, with Solano County again seeing the largest gains of 27.9 percent.

Even as more homes sold, the number of properties hitting the market shrank. Statewide, active listings declined by 11.7 percent in December from the previous month and were down 7.9 percent from one year earlier. CAR says that active listings decreased by 5.2 percent from December 2014 in the Bay Area, further hampering inventory conditions in a market that has been plagued by a lack of supply.

The months’ supply of inventory for a California single-family home dropped to 2.8 in December, down from 4.2 in November and 3.2 year over year. CAR says that a six- to seven-month supply of homes is typical in a balanced market, meaning that the Golden State still very much favors sellers.

That’s especially true here in the Bay Area, where inventory conditions are the tightest in California. The nine-county region posted an MSI of 1.4 in December, down from 2.1 in November and unchanged from one year ago. Six local counties had the fewest available homes in the state: San Francisco (0.9), Santa Clara (1.0), San Mateo and Alameda (1.1), Marin (1.4), and Contra Costa (1.5).

Such supply constraints make the Bay Area the only region in the state where homes continue to sell for more than list price — 100.7 percent in December compared with the 97.9 percent of list price that the average California seller received. Homes here are also selling quicker than they are in other major regions of the state, in an average of 25.9 days.