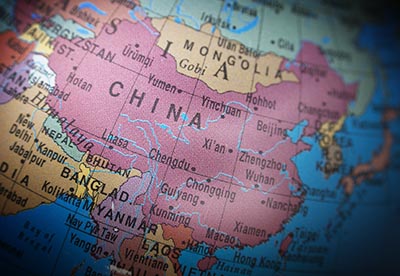 Foreign investment in the U.S. housing market surged over the past year, with California still a prime destination for overseas buyers, particularly those from China.

The National Association of Realtors’ 2017 Profile of International Activity in U.S. Real Estate survey, international homebuyers purchased $153 billion of residential property between April 2016 and March of 2017, a 49 percent gain from the previous year and a new high. Foreign buyers purchased a total of almost 285,000 homes in that time period, accounting for 10 percent of existing-home sales by dollar volume.

International buyers paid an average of $302,290 for an existing home, compared with the $235,792 spent by all buyers. Forty-four percent of foreign buyers paid for properties in all cash, down from 50 percent in the previous year’s survey.

The significant increase in international investment was driven by Canadian buyers, who purchased $19 billion of real estate, more than twice as much the year before. NAR Chief Economist Lawrence Yun attributed the spike in activity to the fact that home prices are rising faster in Canadian cities like Toronto and Vancouver than they are in the U.S.

For the third straight year, buyers from China were the most active investors, purchasing a total of 40,572 U.S. homes. The Chinese also spent the most by dollar volume: $31.7 billion, a new survey high. Chinese buyers paid an average of $781,801 for properties, more than those from Canada, India, Mexico, and the U.K.

Florida, California, and Texas were the three most popular destinations for foreign homebuyers, with the Golden State accounting for 12 percent of international purchases. Canadians gravitated toward Florida, while Chinese buyers showed a preference for California due to geography, cultural similarities, and thriving job markets. Thirty-seven percent of Chinese buyers purchased properties in California, more than twice as much as any other state.

Yun projects that foreign demand for U.S. real estate should remain robust given strengthening global economic conditions and the fact that the country is still seen as a safe, secure place to live and invest. However, he noted that tighter capital regulations in China and weakening currencies in Canada and the U.K. somewhat dampened activity in the early part of 2017.