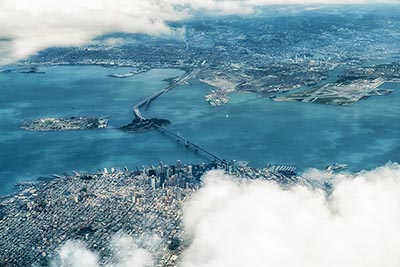 Despite the state’s thin supply of housing, wage growth helped boost affordability ever-so slightly in the first quarter, while there was little relief to be found for Bay Area home shoppers.

That’s according to the California Association of Realtors’ most recent housing affordability report, which says that 32 percent of residents could afford to buy the median-priced $496,620 single-family home in the first quarter of 2017, up from 31 percent in the fourth quarter and down from 34 percent one year earlier. CAR’s Housing Affordability Index is nearing its record low of 29 percent set in 2008. The median-priced $414,940 condominium was affordable for 40 percent of Californians, identical to numbers recorded in the final quarter of 2016.

Affordability declined from the fourth quarter of last year in more than half of the counties for which CAR tracks that statistic, including six of nine local counties. Conditions were unchanged from the previous quarter in San Francisco, San Mateo, and Solano counties.

San Francisco was the state’s least affordable county, with just 13 percent of residents able to afford the city’s median price of $1,300,000. Unlike in the fourth quarter of 2016, Santa Barbara is now less affordable than all other Bay Area counties, with 14 percent of the population able to pay the mortgage. Other California counties where less than one in five residents can afford a home: San Mateo (15 percent), Santa Cruz (17 percent), Marin (18 percent), and Santa Clara (19 percent).

The average Bay Area household needs an annual income of more than $160,000 to cover the $4,010 monthly mortgage payment assuming a 4.36 percent interest rate on a 30-year, fixed-rate mortgage. Homebuyers in Marin, San Francisco, and San Mateo counties require annual household incomes in the $250,000 range to afford payments that will exceed $6,000 per month. As the Bay Area’s least expensive county, Solano is the only place in the region where a household that earns less than a six-figure salary can swing the mortgage payment.

A lack of inventory is eroding affordability on both a statewide and local level, and unfortunately, the situation is not improving. According to CAR’s latest monthly home sales report, California saw active home listings constrict by 10.3 percent on an annual basis in April, the 22nd straight month of declines.