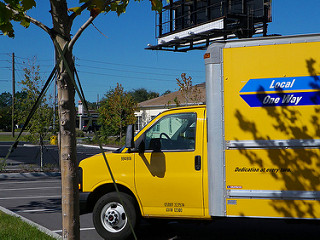 As in the previous three years, Californians did the most moving in the U.S. in 2015, although the Pacific Northwest is currently the most popular interstate immigration destination.

That’s according to a study by moving company Atlas Van Lines, which tracked nearly 80,000 moves from Jan. 1 to Dec. 15, 2015. In addition to tallying the total number of moves in each state, the study also classifies them as inbound, outbound, or balanced, based on the percentage of shipments entering or leaving. There were a total of 77,705 interstate and inter-Canadian-province moves in 2015, up from 76,979 in the previous year.

For most of the past 10 years, more people have moved to California per year than have left it. In 2015, Atlas recorded 8,076 shipments entering the state, compared with 6,897 exiting. The last time the Golden State’s outbound moves exceeded its inbound moves was 2006, near the height of the last housing cycle.

In spite of the number of highly paid workers moving to the Bay Area to take advantage of a prosperous economy, the study classifies California as a balanced state, meaning that inbound and outbound shipments individually represent 55 percent or less of all traffic. Texas and Florida count as inbound states, with more people coming in, while New York ranks as an outbound state.

Indeed New York had one of the highest rates of outbound moves in the U.S., at 61.8 percent, second only to Hawaii at 62 percent. Illinois, New York, and North Dakota also had emigration rates hovering around 60 percent.

Perhaps some of those expatriates are finding their new home in the Pacific Northwest, with Washington, Oregon, and Idaho all classified as inbound states. Oregon had the highest percentage of inbound moves in the U.S. — 64 percent — followed by Idaho at 63 percent. According to a blog post from the National Association of Realtors, Oregon has not topped the list for most incoming moves in 20 years.