California: Home to More Than Half of America’s 20 Most Expensive Housing Markets 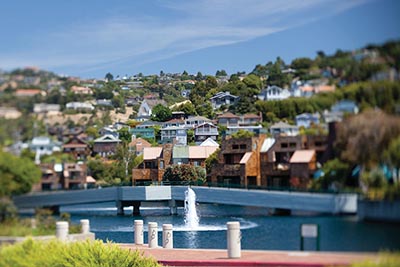 U.S. home prices rose to another new all-time high in June, as tight supply conditions continued to worsen. The Bay Area’s housing shortage is evident by its elevated prices, with seven local counties ranking among the nation’s 20 most expensive real estate markets.

The latest existing home sales report from the National Association of Realtors says that the median price for an existing U.S. property climbed to $263,800 in June, up 6.5 percent from one year earlier and the 64th straight month of annual gains. There were 1.96 million homes on the market at the end of June, a year-over-year decrease of 7.1 percent and the 25th consecutive month of annual declines.

Atherton‘s 94027 ZIP code was America’s most expensive in June, with a median list price of $9,584,500, almost $4 million higher that No. 2 90210 in Beverly Hills. ZIP codes in Los Altos, Belvedere-Tiburon, and Burlingame were also among the 20 U.S. communities with the highest median list prices.

Limited supply conditions across the country meant that properties continued to sell at a brisk clip in June, an average of 28 days, six days faster than one year earlier. Three Bay Area counties rank in the top 10 for the fastest pace of sales by average days on market: Alameda (24) and San Mateo and Santa Clara (both 27).

While a shortage of homes on the market and plenty of competition can be frustrating for would-be California and Bay Area buyers, the late summer may provide them with a window of opportunity.

“Prospective buyers who postponed their home search this spring because of limited inventory may have better luck as the summer winds down,” NAR President William E. Brown said. “The pool of buyers this time of year typically begins to shrink as households with children have likely closed on a home before school starts. Inventory remains extremely tight, but patience may pay off in coming months for those looking to buy.”