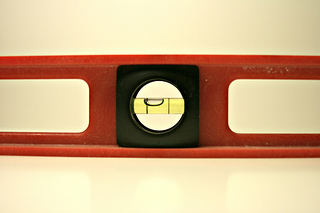 Home price increases in California are beginning to moderate, a sign that our state’s housing market is heading toward a more balanced condition.

The median price for a single-family home in the state was $457,160 in June, a 2 percent decline from the preceding month, according to the California Association of Realtors latest home sales and price report. Although prices rose 6.6 percent from June 2013, the rate of annual appreciation was the lowest in quite some time.

“Home prices are finally increasing at a healthier pace, and the smallest year-over-year price gain in more than two years suggests that prices are stabilizing,” CAR Vice President and Chief Economist Leslie Appleton-Young said in a statement. “Last year’s frenzied market of multiple offers, which drove sales prices above listing prices, has tapered off as the sales-to-list price ratio has dropped to a more normal level at nearly 99 percent, which signals a return to a more balanced market.”

Annual home price increases exceeded double digits in six Bay counties, with Alameda heading up the pack at 16.3 percent. The robust year-over-year growth in Alameda County has pushed it ahead of the historically expensive Orange County and Santa Barbara County markets, both of which had higher home prices in June 2013.

Although unsold inventory across the state has increased substantially over the past year, the Bay Area has felt little of that relief.

Since June 2013, the months’ supply of inventory in California has increased from 2.9 to 3.7, meaning that the state is gradually moving from a seller’s market to a more balanced one. In that same time period, the Bay Area MSI inched up from 2.3 to 2.4, with four local counties actually recording inventory declines from a year earlier.

Unsurprisingly, five of the aforementioned six Bay Area counties with the state’s priciest homes also have the slimmest supply of inventory. The MSI ranged from 1.8 in San Mateo County to 2.4 in Marin County.

In what will surely come as more welcome news to beleaguered Bay Area shoppers, the pace of home sales slowed considerably in June from the previous month. Homes left the market in an average of 33.3 days, about a week longer than in May.