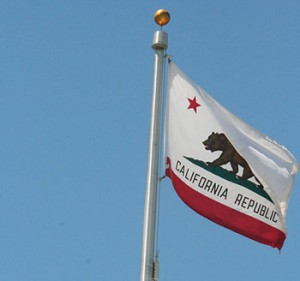 Demand for Golden State real estate remained strong in May, with California metro areas accounting for half of what Realtor.com deems the country’s hottest markets.

Using a combination of the number of views per listing on its website and the median age of inventory, Realtor.com compiled a list of the 20 hottest U.S. real estate markets for buyers and sellers. Housing supply shortages and a booming economy landed 10 California metro areas on the list, seven of them located in the northern part of the state.

Realtor.com ranks the San Francisco-Oakland-Hayward metro area as the nation’s second hottest housing market, followed by the San Jose-Sunnyvale-Santa Clara area at No. 3. Both regions held the same spot on Realtor.com’s list of hottest markets in April.

The Vallejo-Fairfield metro area ranked No. 5, also unchanged from the previous month. Santa Cruz-Watsonville placed No. 7, swapping places with Santa Rosa, which dropped one spot from April to the No. 8 position. After not ranking among the nation’s 20 hottest markets in April, Sacramento moved up to No. 12, while Stockton came in at No. 20. In Southern California, the San Diego, Oxnard-Thousand Oaks-Ventura, and Los Angeles-Long Beach-Anaheim metro areas also counted among the top 20.

According to Realtor.com Chief Economist Jonathan Smoke, it’s not unusual to see demand for homes in the Sacramento region spike after strong growth in the Bay Area housing market, thanks to its relative affordability. However, during this cycle, Sacramento is experiencing above-average employment gains, leading to an uptick in the number of household formations.

Realtor.com doesn’t provide median days on market times for individual regions, noting only that homes across the country stayed on the market 66 days in May. But a look at the most recent sales data from the California Association of Realtors shows that the Golden State’s housing market is moving at about twice the speed of the U.S. market, with single-family homes selling in a median 34.2 days in April.

Bay Area homes are selling even faster, with properties on the market a median of 29.8 days across the nine-county region in April. Homes in San Mateo and Santa Clara counties sold at the quickest clip of any in California, 17.4 and 17.5 days, respectively. San Francisco tied Kern County in the Central Valley for third-fastest sales pace in the state: 21.0 days.