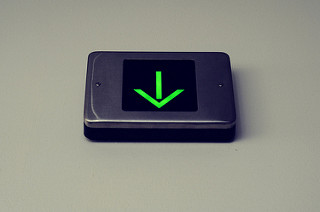 Increased demand for Golden State homes this spring pushed second-quarter prices to levels not seen in nearly eight years, further reducing affordability. In fact, the percentage of Californians who could afford to buy a home was down from the first quarter in every county but one.

In its second-quarter 2015 housing affordability report, the California Association of Realtors says that 30 percent of the state’s residents could afford to purchase a single-family home in the second quarter, down from 34 percent in the first quarter. The average California household needs to earn about $96,000 in order to afford the median-priced $485,100 home.

Condominium affordability also dropped, from 41 percent in the first quarter to 39 percent in the second quarter. The minimum qualifying income to purchase the median-priced $388,250 California condominium was nearly $77,000.

CAR says that affordability declined from the first quarter in every California county except for Kings County in the Central Valley, where it held steady at 62 percent.

San Francisco was California’s least affordable county in the second quarter, with just 10 percent of residents able to purchase a home. San Francisco had both the state’s largest median sales price ($1,353,450) and minimum qualifying income ($267,780). San Mateo was the state’s second least affordable county, where 13 percent of the population met the minimum-income requirement of $257,210 needed to buy the median-priced $1,300,000 home.

Across the rest of the region, affordability ranged from 17 percent in Marin County to 46 percent in Solano County. The latter was the only Bay Area county that was more affordable than the statewide average and the only that doesn’t require a six-figure income in order to purchase a home.

On a year-over-year basis, affordability dropped or held steady in every Bay Area county except for Marin, where it increased by 3 percent. The report says that Marin, Santa Cruz, and San Luis Obispo counties posted the largest annual affordability gains in the state thanks to a combination of rising incomes and low interest rates.

CAR notes that tech workers have begun flocking to Santa Cruz County due to its proximity to Silicon Valley and its relative affordability when compared with the Bay Area. In the second quarter, 22 percent of Santa Cruz County residents could afford to buy a home.