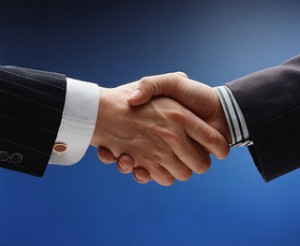 Even with a sustained rise in home prices over the past year, buying a home is significantly cheaper than renting one in the Bay Area.

Rising home prices and mortgage rates have narrowed the gap between buying and renting over the past year, but sky-high rental prices still give the edge to homebuyers. A year ago, buying was 19 percent cheaper in San Francisco and 40 percent cheaper in Oakland.

Nationwide, buying a home is 38 percent cheaper than renting, according to the survey of 100 U.S. cities, conducted in December and January.

Trulia based its calculations on obtaining a 30-year, fixed-rate mortgage with a 4.5 percent interest rate; itemizing deductions at the 25 percent federal tax bracket; and staying in the home at least seven years.

Will renting become cheaper than buying soon? According to Trulia’s methodology, buying will edge renting by only 2 percent in San Francisco and 15 percent in Oakland when mortgage rates reach 5.5 percent. Currently, 30-year, fixed-rate mortgages average 4.37 percent, according to Freddie Mac.

Of course, comparing mortgage rates and rents is just one part of a potential homebuyer’s decision. Several months ago, a survey by the California Association of Realtors found that nearly 75 percent of renters rated homeownership “important.” Among renters who said they hope to own a home, 44 percent said they were renting only out of financial necessity.

Renters mentioned a lack of building equity, the inability to make changes to their living environments, and unpredictable rate increases as the top three things they dislike about renting.

Another report found that owning a home can make families healthier, happier, and more financially secure.

The survey of Canadian families living in houses built by nonprofit Habitat for Humanity found that 89 percent said their lives had improved since they moved into their homes, and 86 percent said their happiness had increased since buying.