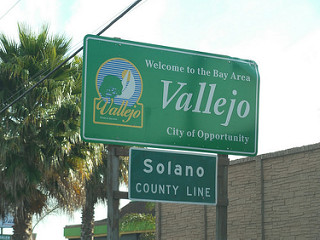 The U.S. housing market is having its best summer in a decade, with a middle-class Bay Area suburb commanding the most interest in the country for the third consecutive month.

Each month, Realtor.com ranks the nation’s 20 hottest housing markets based on a combination of the fastest pace of sales and the number of listing views on its website. It seems that the entire U.S. housing market was blazing in July — along with the mercury in some parts of the country.

“The best spring in a decade has transitioned into the hottest summer in a decade,” Realtor.com Chief Economist Jonathan Smoke said in a statement. “Pent-up demand left over from tight supply for two years against the backdrop of mortgage rates remaining near three-year lows have encouraged buyers to keep active at a time when sales usually begin to decline.”

Nationwide, the median home price stood at $251,000 in July, up 7 percent year over year and an all-time high for the month. Supply conditions continue to drive price appreciation; although inventory is peaking for the year, with 500,000 new listings in July, there are still not enough properties to meet buyer demand.

Golden State metro areas accounted for 12 of the nation’s 20 hottest real estate markets, with the Vallejo-Fairfield region taking the No. 1 spot for the third consecutive month. Until May, San Francisco had ranked as the country’s hottest market for much of the past year before the Solano County suburbs dethroned it.

San Francisco fell to the No. 4 position, down two spots from June. With the highest median single-family home sales price of any county in the state — $1.35 million in June, according to the California Association of Realtors — many Bay Area buyers are priced out of San Francisco. As of the first quarter, just 13 percent of San Francisco County residents could afford to purchase the median-priced home.

By comparison, Solano County is a bargain, with a June median sales price of $390,000 and 47 percent of residents able to afford a home in the first quarter. CAR says that Solano County homes sold in an average of 34 days in June, about nine days faster than in June 2015.