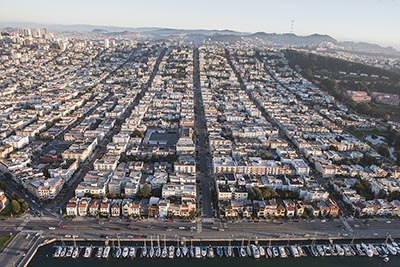 Golden State pending home sales dropped for the fourth straight month in April, with the inventory-starved Bay Area feeling the brunt of the declining activity.

The California Association of Realtors’ most recent Pending Home Sales Index dropped to 113.7 last month, down 7.4 percent from April 2016. As in previous months, inventory constraints and worsening affordability are to blame for the cooling activity.

Calfiornia’s annual pending sales decline was the largest in almost three years and is an early indicator that the usually busy spring real estate season may be more muted than usual. Home listings in the state were down by 10.5 percent from April 2016, and demand is outpacing supply, a condition prevalent throughout most of the country this spring.

The nine-county Bay Area saw pending home sales drop by 17.1 percent from April 2016, substantially higher than Southern California or the Central Valley and the seventh consecutive month of declines. Activity dropped on annual basis by double-digit-percentage points in the three local counties for which CAR tracks activity: San Francisco (down by 16.1 percent), Santa Clara (down by 14.6 percent), and San Mateo (down by 12.2 percent).

California’s pronounced lack of homes for sale is still a top concern for real estate professionals. Forty-eight percent of respondents to CAR’s accompanying Market Pulse Survey cited inventory conditions as their chief concern, up from 37 percent in March and an all-time poll high. Declining affordability and the possibility of a housing bubble are the second-largest concerns, netting 19.5 percent of the vote.

CAR’s Market Velocity metric — which measures the number of homes sold compared with new listings hitting the market each month — indicates that prices in the state will continue to grow this summer. The organization forecasts that California’s inventory shortage will not improve over the next sixth months, pushing prices up by high single-digit-percentage points by the end of the year.