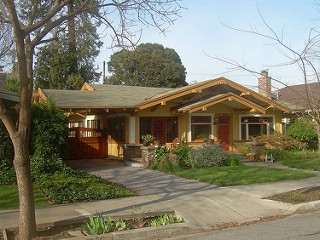 A Craftsman-style home in San Jose, where only about half of millennials are planning to purchase real estate.

Three out of four millennial renters plan to buy a home, although most of them plan to wait a few years before making a move. Perhaps not surprisingly, expensive regions of the country such as the Bay Area have lower rates of expected Generation Y homeowners.

In a survey, rental classified ads website operator Apartment List found that 74 percent of millennial renters — defined as those ages 18 to 34 — expect to buy a home in the future. Of those planning to purchase property, 53 percent said they would wait until after 2018. Currently, the homeownership rate for persons under the age of 35 is at its lowest level in more than 30 years.

“Millennials are projected to be larger than the Boomer generation this year, and currently only 34.6% of Americans under age 35 are homeowners,” Apartment List data scientist Andrew Woo said. “The future housing decisions of millennials will have a major impact on the economy.”

Gen Yers who bring in more than $60,000 per year are 25 percent more likely to purchase a home than those with salaries of less than $30,000. Homeownership plans are also linked to education levels, with 77 percent of millennials who hold a two- or four-year degree saying that they expect to eventually become homeowners. Millennials with graduate degrees have lower projected homeownership rates — 72 percent — which Apartment List speculates is due to additional student debt.

The survey found that 70 percent of millennials in California expect to one day own a home, lower than the majority of states included in the report. And in pricey places like the Bay Area, that number drops even further.

Apartment List says that only about half – 53 percent – of millennials in the San Jose-Sunnyvale-Santa Clara metro area plan to someday own a house or apartment, the lowest of any of the 34 metro areas for which the company provides breakout data. Twenty-four percent of San Jose millennials said they expect to always rent.

While closer to the national expected rate of Gen Y homeownership, the San Francisco-Oakland-Fremont metropolitan also ranked near the bottom, with 67 percent of respondents saying that they would someday buy a home and 13 percent predicting a lifetime of dealing with landlords.