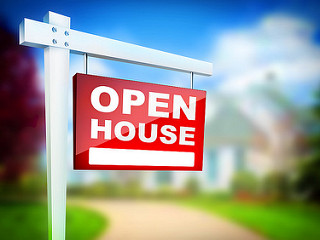 Bay Area Inventory Opens Up in February but Remains Low

Inventory improved throughout most of the Bay Area from January to February, though supply remains tight, helping to drive more homebuyers to inland markets both locally and statewide.

In its February 2016 home sales and price report, the California Association of Realtors says that the months’ supply of inventory (MSI) for single-family homes in the nine-county Bay Area increased to 3.2 in February, up from 2.4 in January and 2.8 one year ago. An MSI between 6.0 and 7.0 indicates a balanced market, meaning that current conditions still favor sellers. Limited supply and high prices are also causing some California home shoppers to expand their search farther away from major cities.

“Home buyers in the Bay Area are seeking to buy in Contra Costa, Solano, or Sonoma counties, rather than San Francisco, and Southern California home buyers are moving inland to Riverside, San Bernardino, or Central Valley areas, where housing inventory is more abundant and affordable,” CAR Vice President and Chief Economist Leslie Appleton-Young said in a statement accompanying the data.

A look at the statistics underscores that observation; the MSI increased from January to February in every Bay Area county except Solano, where it dropped to 2.8, the second lowest in the state. Solano was also the only Bay Area county to post double-digit percent monthly and yearly sales-volume gains, 21.7 percent and 19.0 percent, respectively.

Elsewhere in the Bay Area, the February MSI ranged from 2.7 in San Mateo County to 6.5 in Napa County, the latter being the only local county where the supply of homes appears to be balanced. San Mateo and Solano counties have the fewest available homes in California.

Supply constraints ensure that the Bay Area remains the only region in the state where homes continue to command premiums — 101.6 percent of list price in February, nearly identical to numbers recorded one year ago. Statewide, the average home sold for 98.2 percent of list price.

At least some relief appears to be on the way on both a state and local level, with California active listings increasing for the fifth straight month, up 4.1 percent from January. The Bay Area saw inventory jump 27.7 percent month over month, an encouraging sign for hopeful buyers planning to hit the open-house circuit as spring officially gets underway.

Also good news for prospective buyers is moderating price appreciation. The median sales price for a single-family home in the nine-county Bay Area was $696,430 in February, up 4.0 percent on an annual basis. Eight of nine counties saw year-over-year home price growth, ranging from 3.0 percent in Santa Clara County to 24.5 percent in San Francisco. The median price in San Mateo County remained unchanged from a year earlier at $1.2 million, making it the state’s second most expensive county behind San Francisco.