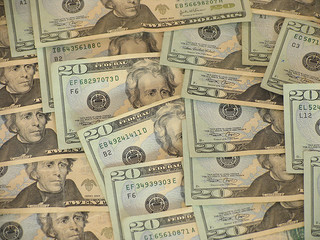 Although nine out of 10 U.S. homes are more affordable than their historic averages for buyers using low-down-payment programs, that’s not the case here in the Bay Area, according to a recent report.

In a study conducted with Down Payment Resource, RealtyTrac analyzed 370 U.S. counties for affordability and accessibility to buyers making down payments of 3 percent. Typically, buyers who leverage programs like the ones introduced by Freddie Mac and Fannie Mae late last year include first-time buyers and boomerang buyers – those who underwent foreclosure during the housing bust and want to purchase property again.

The report says that 90 percent of those counties were more affordable for low-down-payment homebuyers in April when compared with their historic averages, based on the percentage of income necessary to purchase a median-priced home with 3 percent down. San Diego ranked as the No. 1 U.S. county where homes were the most affordable compared with their historic averages, with the average low-down-payment homeowner spending 52.7 percent of their income on mortgage payments. Southern California’s Riverside County placed No. 2 for best low-down-payment affordability, with 39.3 percent of income earmarked for housing costs.

Here in Northern California, it was a completely different story, with four Bay Area counties ranking among the country’s 10 least affordable for first-time and boomerang buyers when compared with historic numbers. Perhaps not surprisingly, San Francisco was the least affordable U.S. market for low-down-payment buyers. A San Francisco homebuyer who placed a 3 percent down payment would actually need to pay more than they earn to afford a mortgage: 113.97 percent of income, compared with the county’s historical affordability of 83.48 percent.

San Mateo County was the nation’s fourth least affordable down-payment market, requiring 87.17 percent of income to purchase a home compared with the historic average 69.98 percent. Marin County followed in the No. 5 spot, with the average owner spending 71.78 percent on housing compared with 66.5 percent historically. Santa Clara County was the nation’s seventh least affordable low-down-payment market, with 62.37 percent of income necessary to make mortgage payments, compared with a historical average of 52.36 percent.

ReatlyTrac says that the average U.S. down-payment assistance benefit was $10,443 in April. San Francisco buyers using such a program can expect to receive $51,713 in funds, the most of any county in the nation. Homebuyers in Lake Tahoe‘s Placer County had the nation’s fourth highest levels of down-payment help at $35,475.

In a statement accompanying the report, Down Payment Resource CEO Rob Crane said that low-down-payment buyers likely have options in most U.S. metro areas, even those that rank among the least affordable. Still, as RealtyTrac Vice President Daren Blomquist cautioned, some first-time and boomerang buyers hoping to realize or regain their homeownership dreams might have to trade short commutes for down-payment assistance.

“This analysis demonstrates that low-down-payment borrowers can find affordable housing and good accessibility to down payment help in a wide variety of markets nationwide,” he said. “However, within many major metro areas the most affordable and accessible markets for low down payment buyers are often those furthest from jobs and other amenities that many buyers want.”