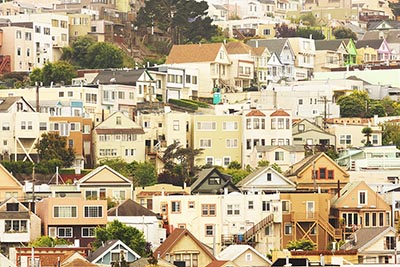 Stubbornly low supply conditions did not improve in California or the Bay Area on an annual basis in November, pushing prices up by double-digit percentage points in six local counties.

The latest home sales report from the California Association of Realtors says that the state median sales price for a single-family home was $546,820, up 8.8 percent from November 2016 for the largest annual gain in nearly two years. Home prices increased in 45 of 51 counties for which CAR tracks data, with double-digit percent gains recorded in 23 counties.

In what has become an all-too-familiar refrain, a pronounced lack of homes on the market fueled the price growth statewide and locally. California’s months’ supply of inventory dropped to 2.9 in November, down on both a monthly and yearly basis. The nine county Bay Area’s MSI ended the month at 1.5, also down from October and November 2016.

Supply declined year over year in eight of nine counties, with conditions in Solano County unchanged. San Francisco has the state’s most severe inventory shortage, with a 1.1-month supply, while Santa Clara, San Mateo, Alameda, Marin, Contra Costa, and Sonoma counties all have less than two months of supply. Overall, there were 17 percent fewer Bay Area listings than at the same time last year, with Santa Clara County seeing a substantial 36 percent drop.

“As rates rise, the cost of homeownership will go up, and housing affordability will further deteriorate if the trend continues,” she said.