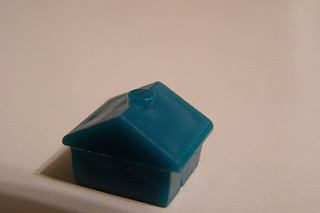 The number of Bay Area homes for sale further constricted in November, says a recent report from the California Association of Realtors. The better news for buyers: home price growth was mostly flat.

In its latest home sales and price report, CAR says that the months’ supply of inventory (MSI) for single-family homes in the nine-county Bay Area was 2.3 in November, down from 2.5 in October. According to the organization, a six- to seven-month supply of homes is typical in a balanced market, meaning that Bay Area sellers still have a sizable advantage, just as they have had for the past few years.

As a result of supply limitations, the Bay Area remains the sole region in the Golden State where homes continue to sell for more than list price. CAR says that homes in the Bay Area sold at 101.4 percent of original price in November, compared with 98.1 percent statewide.

But even if hopeful buyers continue to struggle with a shortage of homes for sale, at least prices mostly stayed put. The median sales price for a single-family home across the nine-county region was $791,850 in November, up 0.2 percent from October. Monthly price growth was similarly modest in individual counties, with Contra Costa seeing the largest increase at 4.5 percent. Home prices declined in Marin and Sonoma counties by 2.2 percent and 1.4 percent, respectively.

Bay Area sales volume dropped from October to November by 16.8 percent, double the decline recorded statewide. Month over month, sales volume was down by double-digit percentage points in eight of nine counties; Napa County was again the exception, with home sales rising by 44.9 percent.

In a statement accompanying the report, CAR Vice President and Chief Economist Leslie Appleton-Young said that she doesn’t believe that the Federal Reserve’s decision to raise interest rates last week will stifle home sales in the coming year.

“In fact, it may spur potential home buyers who have been waiting on the sidelines to finally jump in now that they see the rates may continue to rise slowly in the next couple of years,” she said.