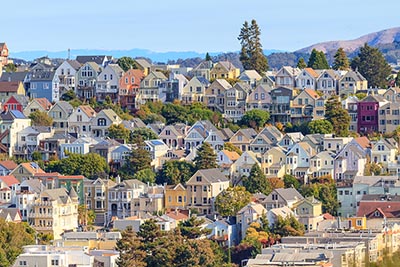 Bay Area Homes Are Selling at the Nation’s Quickest Pace

Bay Area house hunters hoping to score a property this spring before interest rates move even higher should be prepared to act quickly and decisively, as homes in the region are selling faster than anywhere else in the country.

The National Association of Realtors’ latest existing-home sales report says that U.S. properties — including single-family homes, condominiums, townhomes, and co-ops — sold in an average of 45 days in February, two weeks quicker they did one year ago. In a statement accompanying the report, NAR Chief Economist Lawrence Yun explained that supply constraints at the most affordable end of the market are driving prices higher, further reducing affordability and creating a heightened sense of buyer urgency.

“Newly listed properties are being snatched up quickly so far this year and leaving behind minimal choices for buyers trying to reach the market,” he said.

Nowhere does that statement ring truer than in the Bay Area, where buyers wasted little time in February. Homes in Santa Clara County found a buyer in an average of 21 days, the quickest pace of sales in the U.S. San Mateo County was the nation’s second speediest market, with homes selling in 23 days, followed by Alameda (24 days) and San Francisco (25 days) counties. San Jose’s 95111 ZIP code, located in the southern part of the city, saw the fastest pace of sales in the Bay Area, with properties selling in an average of nine days.

Nationwide, home prices continued to rise, posting the 60th consecutive month of year-over-year appreciation. The median existing-home price finished February at $228,400, up 7.7 percent from a year ago. Inventory headed in the opposite direction, dropping by 6.4 percent from February 2016, marking the 21st straight month of annual declines.

Competition from other hopeful homeowners, price appreciation, and rising mortgage rates all mean that U.S. and Bay Area homebuyers need to be more prepared and ready to act than ever this spring.

“Seek a preapproval from a lender, know what your budget is and begin discussions with a realtor early on about your housing wants and needs,” NAR President Willian E. Brown said. “A buyer’s idea of a dream home in a popular neighborhood is probably the same as many others. That’s why they’ll likely have to decide quickly if they see something they like and can afford.”