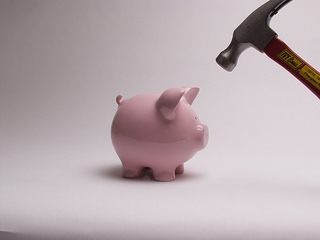 The number of residents across the nine-county Bay Area who could afford a home purchase remained static as 2014 ended, though some individual regions did see modest improvements from the previous quarter.

Across California, the median-priced $452,140 single-family home was in reach of 31 percent of homebuyers, CAR says, 1 percent more than in the third quarter but 1 percent less than a year earlier. Nationwide, the median home price is $208,700, and 59 percent of the population can afford a home.

Five of nine Bay Area counties showed quarter-over-quarter affordability improvements, led by Contra Costa County, where 23 percent of the population could afford a home, up from 19 percent in the third quarter. Affordability increases were also recorded in Solano (up to 50 percent), Napa (24 percent), Santa Clara (22 percent), and Alameda (20 percent) counties.

Affordability was unchanged from the previous quarter in Marin, San Mateo, and Sonoma counties. San Francisco was one of just three California counties where affordability decreased, quarter over quarter, dropping to 14 percent, the lowest in the state and a result of price escalation, CAR says. Marin and San Mateo counties tied for second least affordable in the state, with 15 percent of residents able to meet minimum-income requirements.

On an annual basis, affordability declined in each of the individual nine counties, ranging from 6 percent in Solano County to 1 percent in Contra Costa, San Mateo, Santa Clara, and Sonoma counties.

Marin and San Mateo were the only two California counties where the fourth-quarter median sales price for a single-family home exceeded $1 million and the minimum qualifying income was more than $200,000. Buyers in San Mateo County can expect to shell out $5,320 on a monthly mortgage payment  — including taxes and insurance — while their Marin County counterparts would cut a $5,110 check each month.

Solano was the only Bay Area County where a homebuyer could earn less than a six-figure salary and expect to meet income qualifications.