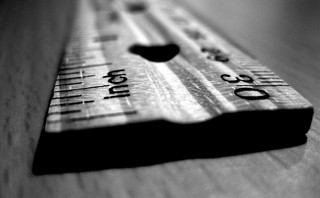 First the bad news: The Bay Area is still the least affordable region in California — and perhaps the country — for homebuyers. But here’s one glimmer of hope from a recent report: Affordability improved slightly in the third quarter across our nine local counties.

The California Association of Realtors’ latest Housing Affordability Index says that 21 percent of Bay Area residents could afford to purchase a single family-home in the third quarter, a very modest 1 percent increase from the second quarter. Across California, 30 percent of residents could afford to buy a property, while the national affordability rate was 57 percent.

But the Bay Area can no longer lay claim to having the least affordable county in the state, as it did in the second quarter. That dubious honor now belongs to the Central Coast region’s Santa Barbara County, where just 14 percent of the population can afford a home.

That said, Marin, San Francisco, and San Mateo were locked in a three-way tie for California’s second least affordable county at 15 percent. All three of those western Bay Area counties saw slight upticks in affordability, quarter over quarter.

In a statement accompanying the data, CAR says that slowing price growth across the region helped nudge affordability up a notch, particularly in Santa Clara, San Francisco, and Alameda counties.

Across the nine-county Bay Area, the average buyer would need to pull in a minimum of $151,000 per year in order to afford a median-priced single-family home, which stood at $744,350 in the third quarter. Including taxes and insurance and assuming a 30-year, fixed-rate loan, CAR says that Bay Area homebuyers could expect to shell out $3,780 in monthly payments, about $150 less than in the second quarter. 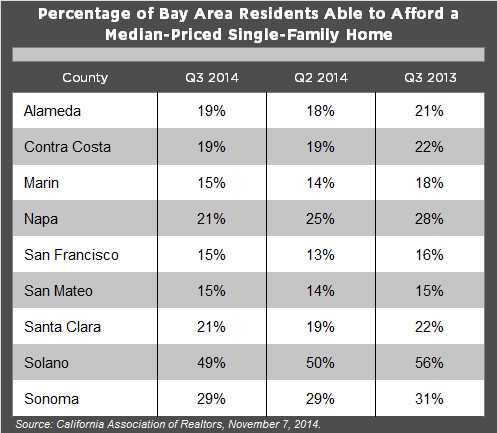