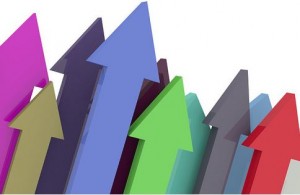 Real estate markets in the Bay Area and California hit a milestone in April, as median prices climbed back to levels observed before the Great Recession.

According to the California Association of Realtors April sales and price report, the median single-family home price in the state was $449,360, the highest since December 2007. Statewide, the median price increased 11.6 percent on an annual basis and 3.2 percent from March.

CAR says the California median price has increased year over year for the past 26 months but still has a ways to go before reaching its May 2007 peak of $594,530.

As in March, the median price in Marin and San Mateo counties was more than $1 million, though both markets saw prices decline from the preceding month. At $940,570, prices in San Francisco drew closer to the $1 million mark, while they broke $900,000 in Santa Clara County for the first time since CAR began tracking such data in 1990.

Home prices were up in all nine counties year over year, ranging from 1.6 percent in Contra Costa County to 23.5 percent in Solano County.

“Looking forward, it is likely that we will see a more moderate level of price increase throughout the rest of the year, and further improvements in sales in the spring home buying season,” Young said in a statement.

Declining inventory across the state, the Bay Area, and most of our individual local counties also points to further price appreciation in the coming months.

Throughout California, the months’ supply of inventory was 3.5, down from 4.0 in March but up from levels seen last April. At 2.4, the Bay Area MSI also declined from the previous month and was identical to its year-ago number.

Inventory decreased month over month in each of our nine counties with the exception of Sonoma, where it loosened from 3.2 to 3.7. At 1.8, the regional MSI was lowest in San Mateo and Santa Clara counties.

With an MSI of 4.5, Napa is the sole Bay Area county that could be considered a balanced market. Generally speaking, an MSI below 4.0 is considered a seller’s market, while a 6.0 and higher skews in favor of buyers.